Hey! I’m writing over at Proverbs 31 Ministries’ Encouragement for Today today and wanted to share this with you too! Little foxes can sneak in and destroy all relationships, with friends, family members, boyfriends, and co-workers. So let’s be on the lookout and see if there are any little foxes that are sneaking around.  Today, we’re looking at one particularly sneaky critter. Here we go…

“What do you think happened?” my husband asked our friend. “What was the root cause of your divorce?”

“It wasn’t just one thing,” our friend replied. “We both made mistakes. A culmination of criticism and lack of respect chipped away at the very foundation, until there was nothing left to stand on,” he said. “I tried my best to please her, but nothing I did was good enough. I couldn’t even load the dishwasher right. She huffed and puffed that I didn’t help around the house more. When I did, I never did it well enough. We only had sex two or three times a year, and when we did, it was like she was doing me a favor.”

Now, we both know there are always two sides to every story. I’m sure this man’s ex-wife had her own list of valid complaints. But today, let’s look at an issue that plagues many marriages … apathy.

I just love the Song of Solomon. The author, King Solomon, gives us a beautiful picture of romance, marriage and sexual intimacy from God’s perspective. Here’s what else I love: In those eight chapters about love, 20% deals with conflict. Yep, right after their steamy honeymoon in Chapter 4, they have a fight. And what was it about? He knocked. She didn’t answer.

“I [the Shulammite woman] slept but my heart was awake.
Listen! My beloved is knocking:
‘Open to me, my sister, my darling,
my dove, my flawless one.
My head is drenched with dew,
my hair with the dampness of the night.’
I have taken off my robe —
must I put it on again?
I have washed my feet —
must I soil them again?” (Song of Solomon 5:2-3, NIV)

Solomon is wooing her with words that at one time made her heart melt like butter on a hot biscuit. But now, she’s not interested.

“Not now, honey,” she says. “I’m tired. I’ve already washed my face, brushed my teeth, and put on my pajamas. Besides, I’m halfway asleep already.” (That’s a modern-day translation — not that I’d know.)

I’m sure the possibility of waning passion never entered Solomon’s or the Shulammite’s mind on their wedding night. It certainly never entered mine. I wonder if you’ve had the same thought I had: We’re going to be different from other couples. We’re going to act just like we’re on our honeymoon forever! I can’t even imagine going one day without hugging and kissing my man.

Nice thought. Then real life begins. Passion is still possible, but not without being intentional.

Early on in Solomon and the Shulammite woman’s courtship, he prayed, “Catch for us the foxes, the little foxes that ruin the vineyards, our vineyards that are in bloom” (Song of Solomon 2:15). The infection of indifference toward intimacy is one of those little foxes that sneaks in and destroys a marriage before you even notice the pesky critter.

Before the Shulammite and Solomon were married, she couldn’t wait to hop in bed with her man. She’d talk herself into waiting until the honeymoon. And now that she had him, she wasn’t all that interested. She took him for granted and turned him away, apathetic toward the man who once made her “faint with love” (2:5b).

It’s up to us to recognize when the low tides of intimacy threaten to ground the boat on the sandbar of apathy.
Click & Tweet!

The Shulammite came to her senses, took action, and taught me how to keep the little fox of apathy toward intimacy at bay.

Perhaps that’s why she could close the book with these words: “Many waters cannot quench love; rivers cannot sweep it away” (8:7a). May we be able to say the same!

Heavenly Father, thank You for my husband. Help us to not take each other for granted, but to cherish each day as if it were our last. In Jesus’ Name, Amen.

What are one or two foxes that have crept into your marriage (or those of someone close to you)? What are one or two ways that you could be intentional to capture those foxes? Join the conversation by leaving a comment on this post! 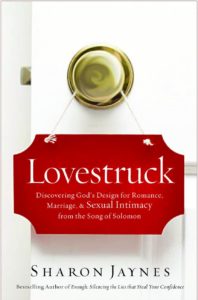 Everywhere we turn in our sex-saturated culture, we’re bombarded by destructive and unrealistic depictions of romance and intimacy. But I think the problem isn’t that culture focuses on sex too much, but that it values sex too little

Lovestruck takes us back to the Bible’s beautiful picture of romantic love in the Song of Solomon—a picture that is explicit but not illicit, sensual but not sordid, daring but not dirty. With the words of Solomon and the Shulamite woman as a backdrop, you’ll explore topics such as

Women in every stage of a relationship will discover the secrets to pursuing and maintaining intimacy that makes God cheer! When we see the sacred blessings of sexual intimacy in marriage and understand God’s original intent, we find the freedom to enjoy and explore one of the Father’s most magnificent gifts. 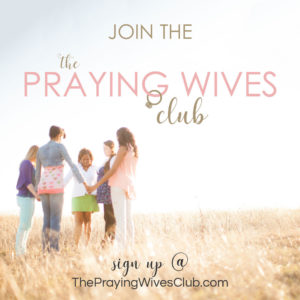