Global: The 50 countries where it’s most dangerous to follow Jesus in 2022

Around the world, more than 360 million Christians live in places where they experience high levels of persecution, just for following Jesus. That’s 1 in 7 believers.

“The numbers are astonishing. But behind each number and statistic, there is a human story,” says Christian human rights organisation Open Doors on its website. The annual World Watch List provides an unparalleled glimpse into the 50 places around the world where it costs the most to be a Christian.

For the first time, Afghanistan is number one on the Open Doors World Watch List. It had previously been number two, and rose because of an increase in violence after the Taliban took over the country in 2021. North Korea, the steady number one since 2002, has dropped a place, even though persecution actually increased.

Persecution has also increased considerably in Indonesia, which is one of the biggest risers – jumping 19 places on the list. The main cause is an increase in violence, including several bomb attacks. Turkey fell 17 places as violence decreased significantly, with no Christians killed and fewer churches attacked.

Around the world, 5,898 Christians were killed for their faith last year. Of these, 4,650 were in Nigeria – yet again, more believers are murdered for following Jesus in Nigeria than the rest of the world combined. In the past year, more than 5,000 churches and church buildings were bombed, attacked, destroyed, looted, burned down or forcibly closed – to try to stop people worshipping Jesus. 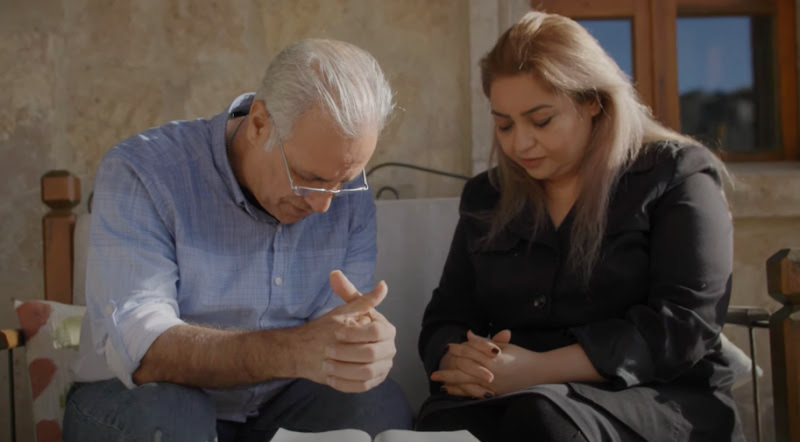 1) Extremism and violence continue to rise
The Taliban takeover of Afghanistan has been in headlines around the world and their success has bolstered Islamic militants in other countries.

2) Violence in sub-Saharan Africa
Sub-Saharan Africa remains a hotspot for violence from Islamic militants. This is particularly severe in Nigeria, but also in Mozambique, the Democratic Republic of Congo, Central African Republic, Mali, Cameroon and Burkina Faso.

3) The global church is increasingly a refugee church
More than 84 million people around the world have been forcibly displaced and many of these are Christians fleeing persecution, which increased their vulnerability to discrimination, extortion, human trafficking and sexual violence.

4) Control tightens in China and elsewhere
The Chinese Communist Party demands conformity – an ordered, controlled society where freedom of speech and belief is carefully restricted. The authorities in China use increasingly sophisticated techniques to keep watch on citizens. In some regions, surveillance cameras are now in all state-approved religious venues. Other states have enthusiastically adopted this approach, most notably Cuba, Nicaragua, Venezuela, Sri Lanka, Myanmar and Malaysia. Where China leads, others follow.

Photos: The caves of Göreme in Cappadocia, Turkey, became a refuge for early Christians who were fleeing persecution.

The stories from the World Watch List can feel overwhelming – and it may seem like the situation is getting harder for Christians everywhere. But there’s also some good news. In 2021, persecution became less severe in Turkey (which fell 17 places on the list) and Nepal (which fell 14 places). Iran is taking steps towards religious freedom. Recently, Iran’s Supreme Court has decreed that belonging to a house church does not make Christians ‘enemies of the state’. In December 2020, Iraq’s parliament passed a bill making Christmas Day an annual national holiday in the majority-Muslim country.

As you ponder this article, consider the words of 1 Corinthians 12:26: “If one part [of the Body of Christ] suffers, every part suffers with it.” Pray through this year’s report and let it move your heart. Learn how the Body of Christ is hurting, and how Christians are finding joy in Jesus even in the midst of pain. And remember we really are one Church, one Family.