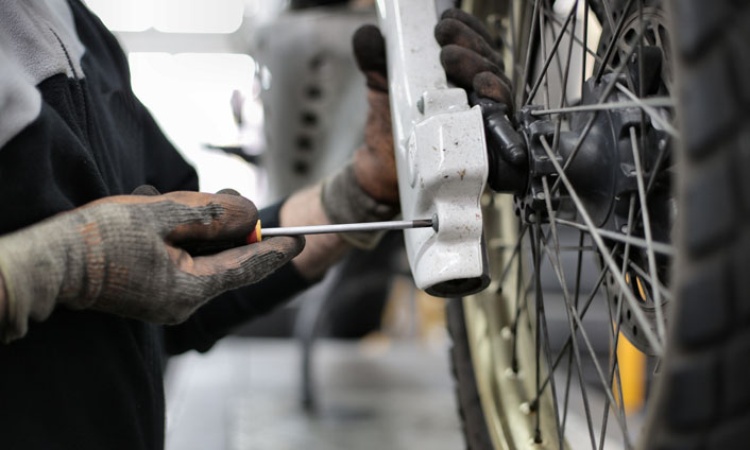 Note from Randy: This article about work by Dan Doriani, the founder and executive director of the Center for Faith and Work St. Louis, and the author of Work That Makes a Difference, is excellent.

And I loved the following comments from Megan Hill, editor at The Gospel Coalition, that serve as an intro to Dan’s article. May all of us be aware of the value of the work we do, to God’s glory, no matter how seemingly ordinary or mundane it seems:

In his address at one of TGC’s conferences, Tim Keller said, “The way to do work as a Christian is to do it well. If you are a Christian airline pilot, what does it mean to be a truly Christian airline pilot? Land the plane. Smoothly.” Keller went on to explain: “Even if you don’t have a job that’s really exciting, even though you might tend to be bored with it, [if you have] the right theology, you know [that] what I’m doing matters.”

I don’t pilot a daily commuter flight, but my own work as an editor can seem just as repetitive. In conversations with others, I’m often tempted to qualify my job so they don’t think it’s more glamorous than it is. “I fix people’s commas for a living,” I shrug. But, as Keller’s words reminded me, even fixing commas is not insignificant. I serve a God who speaks with clarity and precision, and he is glorified by human sentences that do the same.

Whatever work you do, I hope you’ll take a moment to read Dan Doriani’s helpful article: “I ‘Just’ Do Ordinary Work.” In it, Doriani elevates ordinary work to an act of glorifying God and loving our neighbors. His essay is an encouragement to everyone who sweeps floors, makes widgets, or corrects misplaced modifiers, nudging us to “move from ‘I just’ to ‘I make a difference—at least in my corner of the world.’”

I ‘Just’ Do Ordinary Work

Over the years, I’ve interviewed hundreds of people about their work. I generally begin with a simple question: “Do you enjoy your job? Why or why not?”

I’ve been amazed at the number of people who began with two words: “I just.” Educators say, “I just teach math”; doctors say, “I just write prescriptions”; entertainers say, “I just help people smile.” The founder and CEO of a successful transportation company said, “I just move things from one place to another.” A senior vice president for a big bank began, “I just try to get people into jobs that match their training and interests.”

‘I Just’ Is Accurate

There are good reasons to say “I just.” First, we want to be humble. Second, we know that we excel at “just” a few things. Third, some say “I just” because they never hear “well done” at work, and the lack of respect degrades their self-perception. Fourth, we sometimes say it because we are so immersed in the toil that we lose sight of our work’s value.

And in some cases, alas, “I just” can be accurate. The desperate and the greedy may just work for money. Workers who lack ambition may have no direction, so they just do as they are told. People even say “I just” because their work has scant value and they know it.

But “I just” can be dead wrong. Drivers can think I just because they don’t make anything, they just deliver things. But it is honorable to deliver anything that meets basic human needs (Matthew 25:35, 1 Timothy 6:8). People who produce dog food can say “I just,” but they forget that a dog can be a widow’s loyal companion—and studies find that loneliness is almost as deleterious to health as smoking and obesity. In all honest, productive work, we please God by loving our neighbors as ourselves.

We make a difference when we do ordinary work well. Workers change their corner of the world when they correctly mount tires on wheels, drive rivets into planes, and put ketchup into bottles. When tires wobble, ketchup sprays wildly, and wings fall off planes, it’s a problem. Notice that in Matthew 25:34–37, the believers Jesus commends are surprised to hear of his pleasure in their ordinary work: “Then the righteous will answer him, saying, ‘Lord, when did we see you hungry and feed you, or thirsty and give you drink?’”

Even professionals do ordinary work most of the time. Before a speaker gives a talk, it can take months to complete the research, hone and correct the theme, then write everything out properly. Jerry Seinfeld said he would spend an hour to cut one word from a joke. With his team’s help, Thomas Edison held over 1,000 patents, including the telegraph, light bulb, phonograph, movie camera, and alkaline battery. Yet Edison said, “Genius is 1 percent inspiration and 99 percent perspiration.”

Since we give the bulk of our energy to ordinary work, almost anyone can become dissatisfied and say “I just.” Popular ideologies accentuate the problem. Since we lionize fulfillment and self-expression, people think something is wrong if they aren’t discovering themselves at work. We are also told to “follow our heart” or “put a ding in the universe.”

The Bible doesn’t oppose fulfillment, but it sees work differently. It focuses on love and service to God and neighbor. It seems to see happiness or satisfaction as an unplanned result of honest labor. Ecclesiastes blesses the laborer who can “find enjoyment” in his toil (Ecclesiastes 2:23; 5:18). It also knows that those who tire themselves in noble tasks tend to sleep well: “Sweet is the sleep of a laborer” (Ecclesiastes 5:12). This suggests that fulfillment at work is like friendship. We find it indirectly, by giving ourselves to other things.

Good work may not offer much room for creativity. When we work on assembly lines, we perform tasks that might go to a robot after technology advances sufficiently. That thought seems dehumanizing, as does the repetition. And yet we need to remember that assembly lines make things that meet needs. Paper clips, cars, and computers all come off assembly lines and we need all three. Tasks like unloading trucks and cleaning floors don’t require great skill or extensive training, but the work makes a difference when laborers finish their tasks well.

So let us lay down the deflating rhetoric of “I just” and affirm the value of ordinary work. Let us also look to change our corner of the world, even if our corner is modest and only a few notice what we do. If our Lord sees it, that should be enough.

This article originally appeared on The Gospel Coalition, and is used with the author’s permission.

Photo by Andrea Piacquadio from Pexels