After hiring this couple, I began receiving text messages

My husband and I gave a recently wed couple a “try-out” to do some work for us. We had seen them individually in the community but knew little about them. They proved to be knowledgeable and hard workers, so we hired them. Soon after, I began receiving text messages from her. (I have edited these so as not to reveal their identities.)

I’ve purposely not included my responses to her texts, as I want to give you an opportunity to think about what’s happening here. Your first thought might be that we should fire them, and it very well may come to that. But, since I began this blog, I’ve been on the alert for signs of abuse. This woman seems like an educated, competent person, and I felt dismayed she would allow him to take away her phone. I remembered a session with my now-ex when our counselor told him, “You’re a twelve-year-old boy and you need to grow up!” After having read many books and articles on domestic abuse, and receiving many accounts from abused women, my Spidey-sense told me that her husband taking her phone away was a bad sign.

I wondered what other people might think about this behavior

I wondered what other people might think about this behavior, so I googled “husband takes wife’s phone away.” The first source that popped up was quora.com with my very question: “Is it okay for your husband to take your cellphone away for a …” Here are some comments. (I’ve edited them for brevity):

My own response was to text her back saying his taking her phone was not good and she shouldn’t allow it. I didn’t tell her, but I wonder if he is trying to sabotage their fledgling business in which she seems to be the driving force. When she wrote that she might have to leave, I asked her if she had someplace to go. She replied that she did. That was a relief, but when I received that last text, my heart sank. “Here it begins,” I said to myself.
I see this woman as a good Christian who wants to be loving, understanding, and forgiving. Unfortunately, I’m betting his bad behavior will be repeated over and over again if she allows it, with abject apologies following each time. So many of us women want to believe our contrite husbands. We can’t believe they really are the kind of persons they are showing themselves to be.
I googled “he says he’s sorry but keeps doing it” and quora.com popped up again. “How do you deal with a person who says they are sorry but keeps repeating the same things?” Here are some opinions:

I agree with what these folks said. If I get the chance, I’ll tell her how concerned I am for her. When he takes her phone away, it’s not a cute or protective gesture. I’ll tell her that no matter how much she might love her husband, she is not powerful enough to fix his bad behavior (something I learned the hard way in my own failed marriage). I’ll encourage her to read “Boundaries in Marriage” by Henry Cloud and John Townsend. And I’ll tell her to sure, go ahead and find some counseling, but understand there’s no shame in leaving to protect herself from much heartache down the road.

It was Maya Angelou who said, “When someone shows you who they are, believe them the first time.” I wonder if the wife ignored some red flags along the way. Though they may try counseling, I would not judge the wife for leaving as this controlling behavior will probably persist.
They are fortunate to have you, a caring friend. (I’m guessing there may be a follow-up to your story.)

Right, Marian. And I know for a fact that this is neither his first marriage or hers. I did reply that his taking her phone was very concerning, and I urged her to set some boundaries. I don’t feel I can say anything more unless/until she tells me more. Of course the hub and I are praying for them. 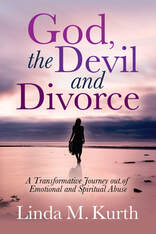 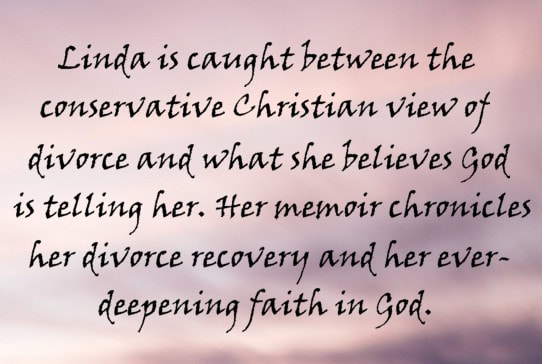 The Bible And Women

​My Perspective
What I believe God wants us to know about Christian divorce.
Recommended Reading
Instone-Brewer, David. Divorce and Remarriage in the Church: Biblical Solutions for Pastoral Realities,

Divorce and Remarriage  | ​ Andrew Farley
​Is Divorce the unforgivable sin? | Andrew Farley
​
​Quoting and Linking
Unless otherwise noted, all contents © 2017 Linda M. Kurth. If you quote this blog, please cite and provide a link back. Thank you.

If you’re interested in sharing your story of divorce and the response of other Christians, email Linda at Linda@LindaMKurth.com for guidelines.