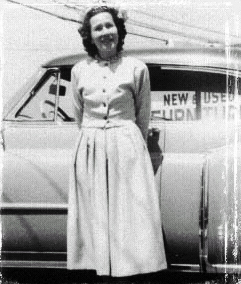 I want you to meet my very first godly, spiritual mentor (outside of my parents) that I believe God put in my life. Her name was Violet Nichols. We called her “Sister Vi.” Sister Vi worked for J.C. Penney’s as a sales clerk. She had been divorced three times, and, let’s just say, she really needed Jesus in her life. One of the faithful members of our church who worked with her timidly invited her to church one day, and much to everyone’s surprise she got saved!

Saved to the Uttermost!

And I mean she was saved to the uttermost! (Hebrews 7:25 KJV) Old timers will know what I mean by that. Her sins and old lifestyle fell off instantly and she was a new woman!

She quit her job at J.C. Penney’s and asked my dad if she could work for the church. Churches hardly had enough money to pay their pastors in those days, but he put her in charge of the Sunday School department and paid her $25 a month. She moved in the spare bedroom of a widow lady in our church and took care of her in exchange for room and board. But she spent her days, literally, walking up and down the streets of the neighborhoods surrounding our little church of 50 people knocking on doors and inviting the children and families to come to Sunday School. I was told she wore out a pair of shoes (and she wore high heels!) every six weeks doing this.

My Only Sunday School Teacher 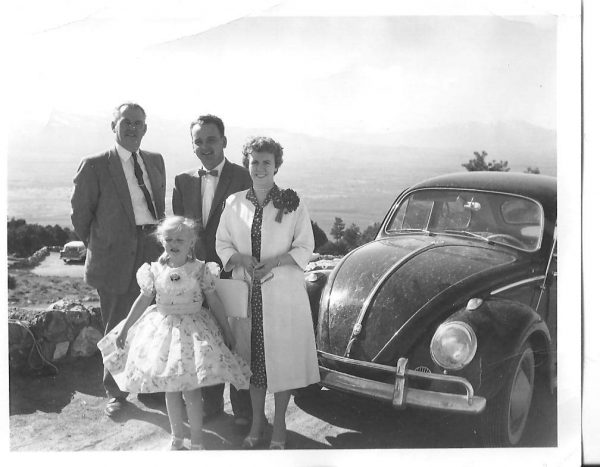 Over a ten year period of time, our little church grew from 50 to 300, largely because of her efforts. Sister Vi had no children of her own, but in her own unusual way she was drawn to me. We never spent time outside of church together, nor did we have any friendship or relationship outside of church. But at church, she kept an eye on me. She was the only Sunday School teacher I ever had.

Why? Because with each year that I got older, she moved herself up to teach the next older age group. When I was in the first grade, she was my teacher. When I moved up to the next grade, she moved up with me. Coincidence? I’ll never know, since she was in charge of the Sunday School. I just remember complaining to my mother one time, “I really like Sister Vi, but I just want a different Sunday School teacher!” Was that her being led by the Holy Spirit? I don’t know. But it’s interesting.

She Mentored Me to Pray with Kids 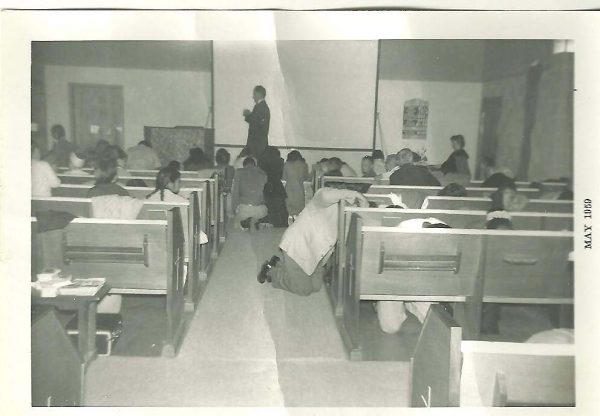 She decided, because I was the pastor’s daughter, it was my duty to pray with all the new kids she brought to church for salvation and the baptism in the Holy Spirit, thus making me the first “kid in ministry” I ever knew. I have no idea how many boys and girls I prayed with during those years under her leadership, and neither of us had any inkling of the foundation she was laying in me for what I do today in children’s ministry.

There’s so much else I could say about Sister Vi, but this post is too long already. She started coming to our church when I was about five years old, and when I was fourteen my dad resigned the church and we moved away. He did not take another church. I just have an impression, if he would have, she would have followed us. But she stayed at that little church in Sparks, Nevada.

Was Her Work on Earth Done?

The next year we got word that she went home to be with the Lord while kneeling at the altar of the annual vacation Bible School she was conducting for neighborhood children. I had not thought of Sister Vi again until God established me in what I do now, leading Kids in Ministry International. And then the memories of her influence in my life came flooding in.

As I reflected on her life and the role she played as a spiritual mentor, and how tightly she stuck to me all those years, I began to wonder if there had not been more going on from the Holy Spirit than I understood. I can’t prove any of this, it’s just a gut feeling. But I have wondered, as I lead this worldwide ministry, if when I moved away as a teenager, if Sister Vi had not fulfilled her biggest purpose in her life –mentoring me– and when I was gone, her job was done, and she went home to be with the Lord.

I know that sounds really, really crazy, maybe even a little arrogant. But there’s no doubt in my mind that all the fruit that we bear in this ministry is being credited to her account in heaven.

Thank you, Lord, for putting Sister Vi in my life.

(Photos: Top is the only known picture of Sister Vi.

Two: Me as a little girl with my parents during the years Sister Vi was our Sunday School Superintendent.

Three: A rare photo of the inside of my dad’s little church where Sister Vi worked. My dad is the man on the platform, and my mother is on the right playing the piano for the altar service.

Four: These are the only known memorabilia of Sister Vi. She had no children or relatives we were aware of. The white Bible she gave to me for perfect Sunday School attendances when I was about 13. You can see her signature on the white paper. The African dolls were souvenirs she brought back form Africa, which was a supernatural story all of its own. God told her to board a ship and go to a specific city and African nation. She knew no one there. He told her when she arrived at the dock, someone would be there to meet her. Sure enough, when she arrived, there was an American missionary couple who had been praying for someone to come and help her. god told them to go to the dock, and there would be someone on the ship that He had sent. She nearly died of tuberculosis while she was there, but she was miraculously healed, and returned to the States to continue helping my dad and the church.