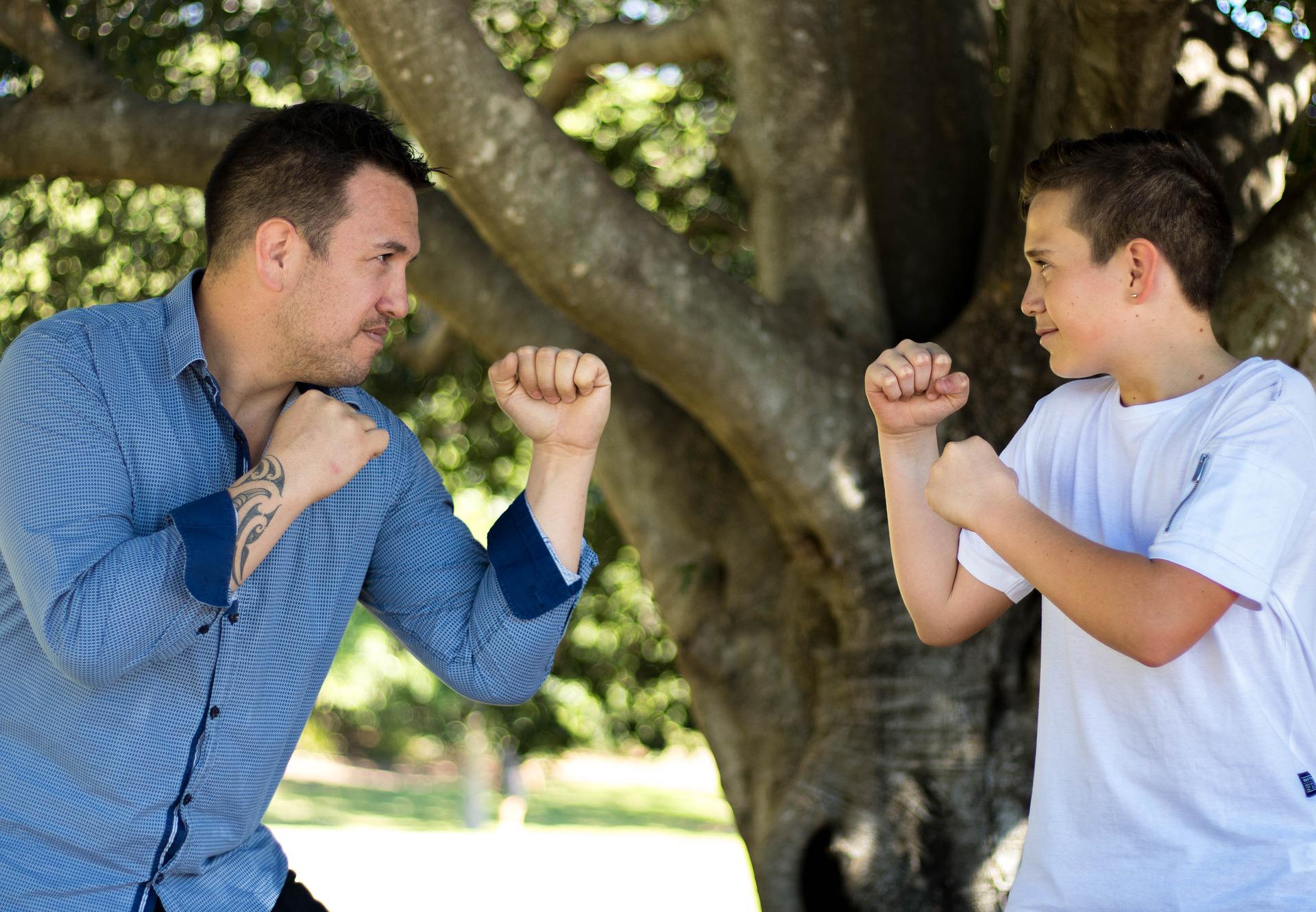 My family growing up was one big mess. Fighting. Arguing. Yelling. Crying. And eventually, a lot of forgiving. If ever there is a place to learn about forgiveness…to practice forgiveness…to struggle with forgiveness…it is in the family. And interestingly, it is in the context of family where the word forgiveness first shows up in the Bible.

Let’s dig into Scripture today.  Come on. You can do it.

In the book of Genesis, we meet a young man named Joseph—the eleventh of twelve brothers, and favorite son of Jacob. He is most famously known for his elaborate coat of many colors. Young Joseph had several prophetic dreams involving his brothers and father one day bowing down to him. Rather than keep that bit of information to himself, he shared it with his already jealous siblings. When he was seventeen, his brothers had enough of this rather bratty brother.

So one day, when Joseph went out to the fields to check on them, they schemed to throw him in a well, shred his fancy coat, and tell Jacob his favorite son had been killed by a wild animal. Just after they had tossed him in the pit, a Midianite caravan came passing by. Then they hatched another plan; rather than leave Joseph to die, they sold him into slavery and pocketed a bit of money in the process.

Joseph served as a slave in the home of a high-ranking official named Potiphar. While there, he was falsely accused of sexually assaulting Potiphar’s wife and thrown into prison. (And you thought you were having a bad day.)

During his prison stay, he interpreted dreams for some of his fellow inmates. One day the Pharaoh of Egypt had a disturbing dream that no one could interpret. The Pharaoh’s cupbearer, who had been in prison with Joseph, told the King about Joseph’s gift of interpretation.

Joseph interpreted the Pharaoh’s dream, and predicted seven years of plenty followed by seven years of famine. The Pharaoh was so enamored with Joseph’s God-given wisdom that he appointed him governor of Egypt, second only to the Pharaoh himself.

During the famine, who should show up in Egypt looking for food but Joseph’s conniving brothers? They were terrified when the governor revealed that he was their long lost brother. “I am your brother Joseph, the one you sold into Egypt!” There were tears all around. Don’t you know they were terrified? What would Joseph do? What would you do?

This was Joseph’s response to the injustice inflicted by his brothers: “And now, do not be distressed, and do not be angry with yourselves for selling me here, because it was to save lives that God sent me ahead of you…You intended to harm me, but God intended it for good to accomplish what is now being done, the saving of many lives.” (Gen. 45:5; 50:20).

Joseph did not say, “Oh, that’s OK. Don’t worry about it.” No, he called the betrayal what it was—evil against him that resulted in thirteen years of slavery. At the same time, he chose to forgive the wrong done to him, and allow God’s grace to flow through him. He opened the door for reconciliation and entrusted the matter of justice to God.

Thus ends Genesis, the first book of the Bible. We close out the epic narrative with a portrait of forgiveness that continues throughout the entire Bible, and it all begins with a very mixed-up family. I’m sort of glad. That gives me great comfort. I hope it does for you.

Forgiveness prevents us from getting stuck in the bad parts of our stories and opens a door for a new ending.

Is there someone in your family that you need to forgive today?

Go back and read today’s truth one more time. What was Joseph’s perspective of his brother’s betrayal? What would happen if you had that perspective in the chapters of your story where you’ve been hurt?

Let’s get unstuck from mediocre faith and take hold of all that God has done for us and put in us! No more spiritual couch potato for me. I’m ready for the mountain moving, giant slaying, bold believing faith that God intended all along! In Take Hold of the Faith You Long For: Let Go, Move Forward, and Live Bold you’ll see how to ignite your faith as never before. This book comes with a Bible Study Guide and would be perfect for your fall Bible Study.