Some of my friends know I have now attended the Igniting Souls Conference twice. Others only know that for some crazy reason, she who hates cold is making a late October visit two years in a row. Yes I am going to see friends and family, but summer would be a LOT more convenient for all. So why have I gone two years in a row, and why is my Facebook page suddenly filled with photos, posts, and conversations about Igniting Souls? What is that t-shirt she is wearing, and why share about it on my Hope-challenged blog? Furthermore, why on earth would I go again?

To make a long story short, it’s because being involved with the “tribe” teaching at the Igniting Souls Conference has lit a new fire in me—for the Lord and for living.

To be truthful, this is not what I expected. Over the past couple years I’ve heard a lot of the same message—over and over. Things like the story of how Kary Oberbrunner founded Igniting Souls, and Author Academy Elite (the program through which I’d published my book), his motivation,and even interviews with people whom I’d already listened to via Facebook live, webinars, and more. I mean, how many times can I hear the same thing, over and over? And believe me, Kary knows how to say the same things 1,000 different ways:

Serve, serve, serve…
Give, give, give…
Tell your story…
Your pain will become your platform…

(I wonder, if this is why people don’t read their Bibles every day—how many time can I read the same thing, over and over?)

I learned years ago that repetition is a critical part of teaching. I also have a learning style that is very impatient. Once I hear something I don’t want to hear it again. I heard you.

But now, I’ve finally gotten it. Sometimes it takes hearing the same thing over and over to get the message and let it sink in, for the knowledge to move from my brain to my heart…

Bob Proctor of the Proctor Gallagher Institute explains that repetition exposes us to a new idea over and over. “The point is not to memorize the information, but rather to impress the image into your subconscious or emotional mind.”

This, I realized was what I had been fighting…

But at the Igniting Souls 2017 Conference, it wasn’t just Kary talking about pursuing your passion through serving, and giving. It started with stories of people: the 2016 Olympic Gold Medalist for wrestling, Kyle Snyder, and his coach, Tom Ryan. Then there was business advice for marketing and developing products from Mike Kim, Brian Dixon, Dexter Godfrey, and more. Even renowned “vlogger” (video blogger for those of you don’t know) had the same message. In different words and phrases, they all seemed to be pointing their fingers at me, and demanding that I look deep inside to the gifts that God had given me, and that I use them to serve, and that if I would do that, those gifts would also serve me, by supporting me.

Brian Dixon’s words hit me hard. “There are people waiting to hear your message. They are in pain and you know how to solve it. Where are you?” 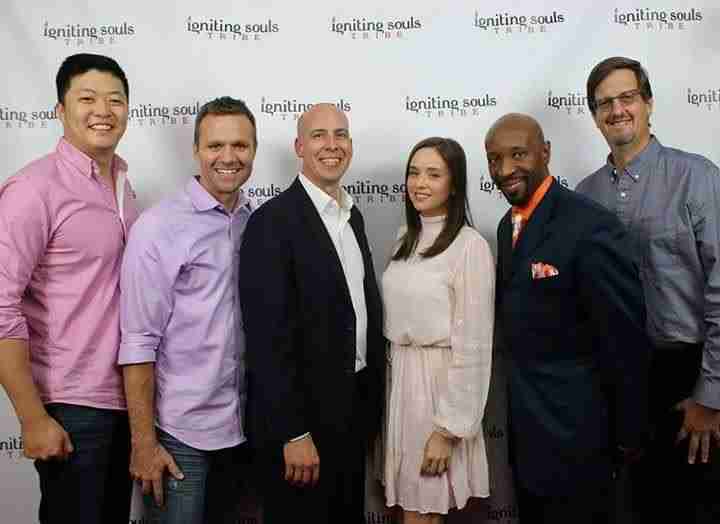 I realized I was not living intentionally

At the end of my book, Connecting the Dots of a Disconnected Life,” I concluded by saying that now my goal is to be a blessing to others, wherever I am.

Sitting at the Igniting Souls 2017 conference, I realized that I really meant that, but I had absolutely no idea how to do it. Despite my work, which I enjoy, my activities in the Chinese Church, which I am so grateful for, and seeing my book published, I have been dead inside whenever I considered my future. In fact, I don’t think I have dared share this before publicly—I have had absolutely NO vision for my future. For others, yes. My ultimate destiny? Yes. But here and now in this life I’ve been living—nothing.

Was it Kary, or Mike, or Brian, or Amy? I don’t remember, because they were all pointing to the same thing—to live intentionally with your eye on the goal.

Igniting Souls 2017 DID NOT change me

I was changed by what I saw and learned—people who have impacted my life. I am suddenly alive and on fire, inspired by godly men and women who shared as an official part of the conference, and with whom I talked during breaks and at meals. I finally realized that I can excel in my profession, as a writer, editor, and teacher, in a Godly manner, following godly principles—and that this too is a form of serving. I realized that my gifts are not only spiritual, and that my God-given skills were meant to be given, not hoarded, that people need what I have to give, and I’m excited.

I was inspired by Kyle Snyder: all he ever wanted was to be the best wrestler in the world, and when he achieved that goal, he laid it all down before Jesus. Mike Kim used to be in ministry, and now has his own business where he helps others by marketing with integrity, and shines his light in a world that needs it so badly. And Brian Dixon didn’t just tell us that we must serve those to whom are skills are directed—he exampled that by staying throughout the conference until late in the evening coaching many who needed more personal advice regarding their particular product or service.

I realized, my professional skills are important. I’d been burying this and many other gifts God has given me.

Suddenly I see a future that is not focused on “how will I support myself during retirement,” but rather, what doors will open before me as I live intentionally with the aim of using my gifts to help and serve, so that I can not only support myself, but become an active blessing to those around—by becoming more available and free to serve!

However, I needed to stop waiting for life to happen, to stop hiding in the mundanity of the every day. Quite truthfully, I’ve been pushing through to make it past every day. I was not waking up excited about a new day, with hope for what God placed before me. And when you do that, sooner or later, hope gets crushed.

Do we have hope and a sense of purpose in the here and now—not just eternity?

In many ways, I have been filled with hope… for that day when I go to be with Jesus. But I realize that in I buried my joy in living with Rich. I have had joyful moments, and excitement about something I’ll do or someone I’ll see, but the joy in living, in being, was gone.

Every one of the people who shared at the Igniting Souls 2017 Conference is no different from me. They are human, with strengths and weaknesses and they too have had to fight to keep the passion for living alive… but the key for them, and I realize for me, beyond our common faith, was to live intentionally instead of waiting for life to just happen.

This is a lesson we all need, to keep our hope in Jesus, and to remember He has a lot more planned for us. Yes eternity is the best, but it is here and now where He has given us a variety of talents to use for Him, not to bury what He has given us in the ground.

So next year I’m going to join this amazing group of people and celebrate having our souls on fire to reach a hurting world with the best we have to give. 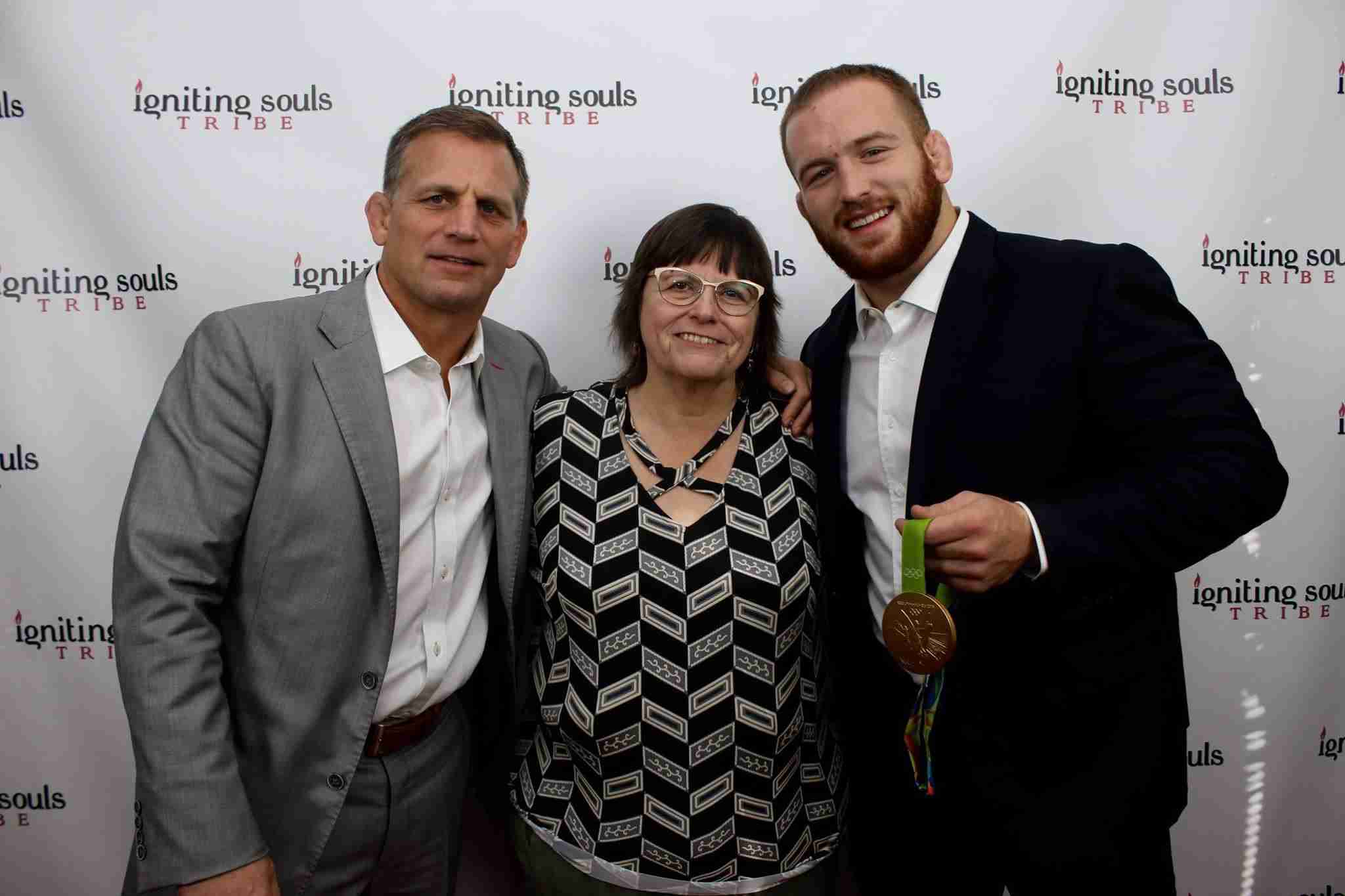 Taken from https://www.hope-challenged.com/. © Writing under the pen name, Dvora Elisheva.