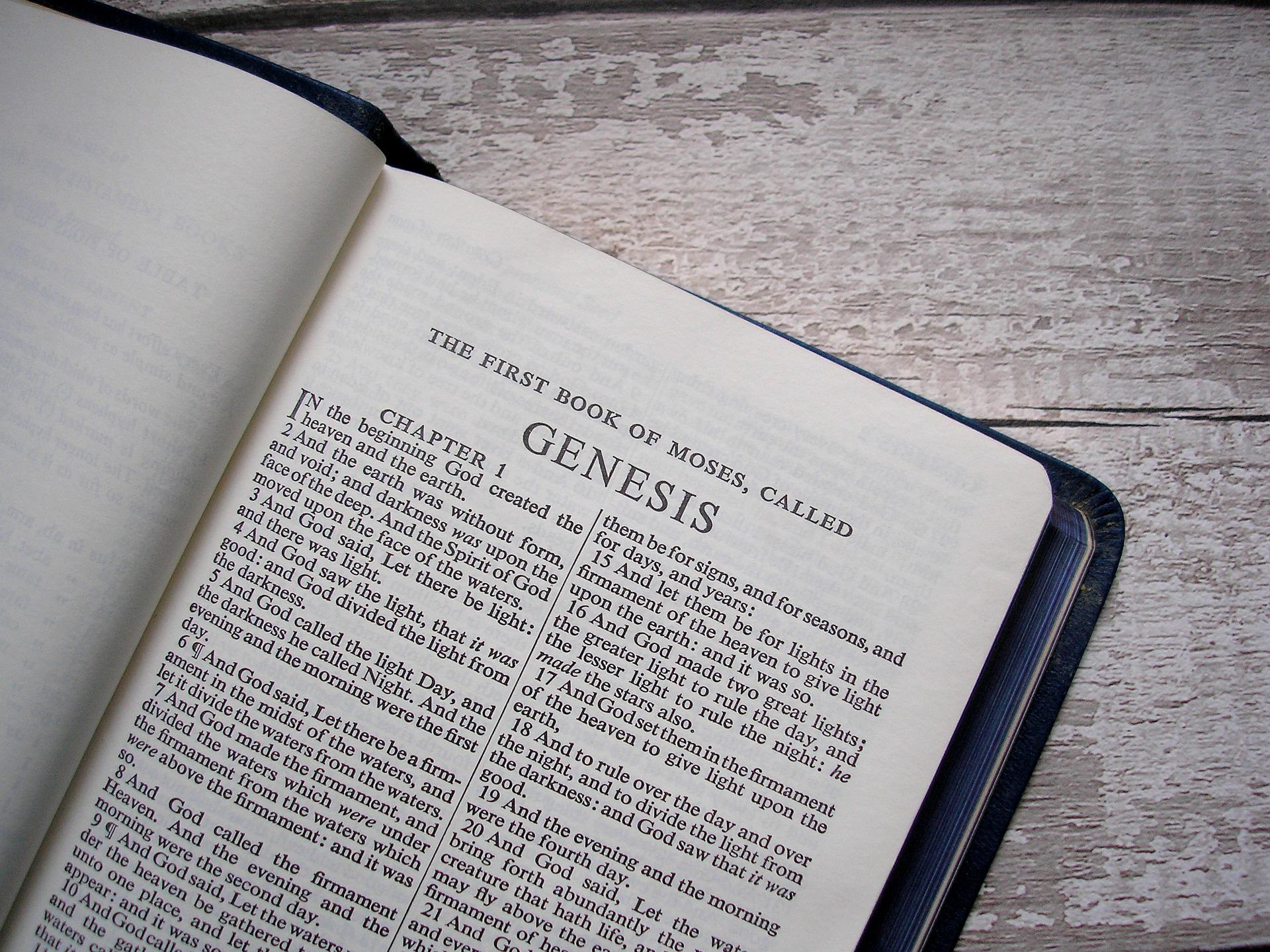 You’ll know how the story fits together if you know why it’s called Genesis.

Genesis is a Greek word (γένεσις) meaning birth, how something came to be, the account of a family.

The Septuagint translators (c. 200 BC) used genesis to translate tô·lē·ḏôṯ — a Hebrew word meaning a record of descendants or successors. The narrator used this word at key points. Watch for it, and you’ll see how the book fits together.

Genesis leads us through the story of Israel becoming God’s nation: the twelve tribes of Jacob, the son of Isaac, the son of Abraham. These accounts of the patriarchs are the tô·lē·ḏôṯ (genesis) of Israel.

But that’s not where the story starts. It makes a bigger claim, that the whole creation was generated by God. The generations of Adam belong under God. God took responsibility for the mess in Noah’s generation, and in the world of Noah’s descendants. Abraham is called as God’s plan to bring the nations back under his sovereign providence.

Before the patriarchs, the tô·lē·ḏôṯ statements introduce God as the father of everyone and everything:

When the nations went their own way, God promises Abraham a kingdom (a land with descendants) through whom he will restore his blessing to the nations (12:1-3). This is told as the tô·lē·ḏôṯ of:

That means the patriarchal record is primarily structured around the tô·lē·ḏôṯ of Abraham, Isaac, and Jacob.

So next time you hear the word Genesis, remember the title gives us the structure of the book. It’s all about God as the sovereign source of everything, the Heavenly Father of everyone, and of his astounding love in faithfully pursuing his human family to rescue us through the family of Abraham, Isaac, and Jacob (Israel).

The rest of the Old Testament is the roller-coaster journey of the nation God established. That story is incomplete until we get to the New Testament.

Matthew opens with these words: Βίβλος γενέσεως. Literally: the book (biblos) of the genesis (genesis) of Jesus the anointed son of David, son of Abraham (Matthew 1:1).

The Genesis story is not complete until the generations are back under God’s sovereign care, until the earth is functioning as a kingdom of heaven as he intended in the beginning. That goal is finally fulfilled in the anointed son of David who restores God’s kingship, the son of Abraham who extends the blessing of God’s reign beyond one nation in one land to all the nations and the whole earth who receive the Abrahamic promise through giving their loyalty (faith) to him (Galatians 3).

God promised Noah he would never give up caring for everyone and everything, no matter how hard we were to rule (Genesis 9:8-17). That promise is fulfilled as the nations give their obedience to God’s anointed ruler (Romans 1:5; 16:26).

In Christ, we’re living out the fulfilment of everything God promised in the beginning, with the earth under his management being restored as the garden of God (Revelation 22:1-5).

To him be glory in the assembly that meets around him (ekklēsia), the people in King Jesus, throughout all generations, for ever and ever. May it be so! (Ephesians 3:21).

What others are saying

Few books of Scripture reveal the lines of demarcation between their individual units as clearly as does Genesis. This is due to the presence of the formula ʾēlleh ṯôleḏôṯ, used ten times throughout Genesis.

The author or final redactor of Genesis has arranged the material so that each new development in the history is introduced by the phrase, “This is the (family) history of.” …

This helps to put Genesis into perspective. It does not stand on its own, but rather contains essential background for understanding those events which constituted the nation of Israel as the Lord’s covenant people.

Seeking to understand Jesus in the terms he chose to describe himself: son of man (his identity), and kingdom of God (his mission). Riverview Church, Perth, Western Australia
View all posts by Allen Browne

Used with permission of the author, Allen Browne.