Free PDF books on the main page: www.renewaljournal.com
Permissions: You can reproduce any Renewal Journal resource freely, including in print.

Bukhara in Uzbekistan, one of the oldest cities in the world, is experiencing a revival. This is reported by German missiologist Johannes Reimer.

Bukhara was first mentioned in 500 BC. Located on the famous Silk Road, it became a center for trade, culture, science, and religion. Ancient authors called Bukhara “a city full of knowledge.” It was Buddhist under Mongolian rulership until in the 7th century the Nestorians introduced Christianity. The many coins with Christian symbols suggest that Christianity might have been a dominant religion in Bukhara during the 7th and 8th centuries. However, Bukhara’s people gradually converted to Islam in the late 9th century, and in the 14th century Christians were forced out of the country. 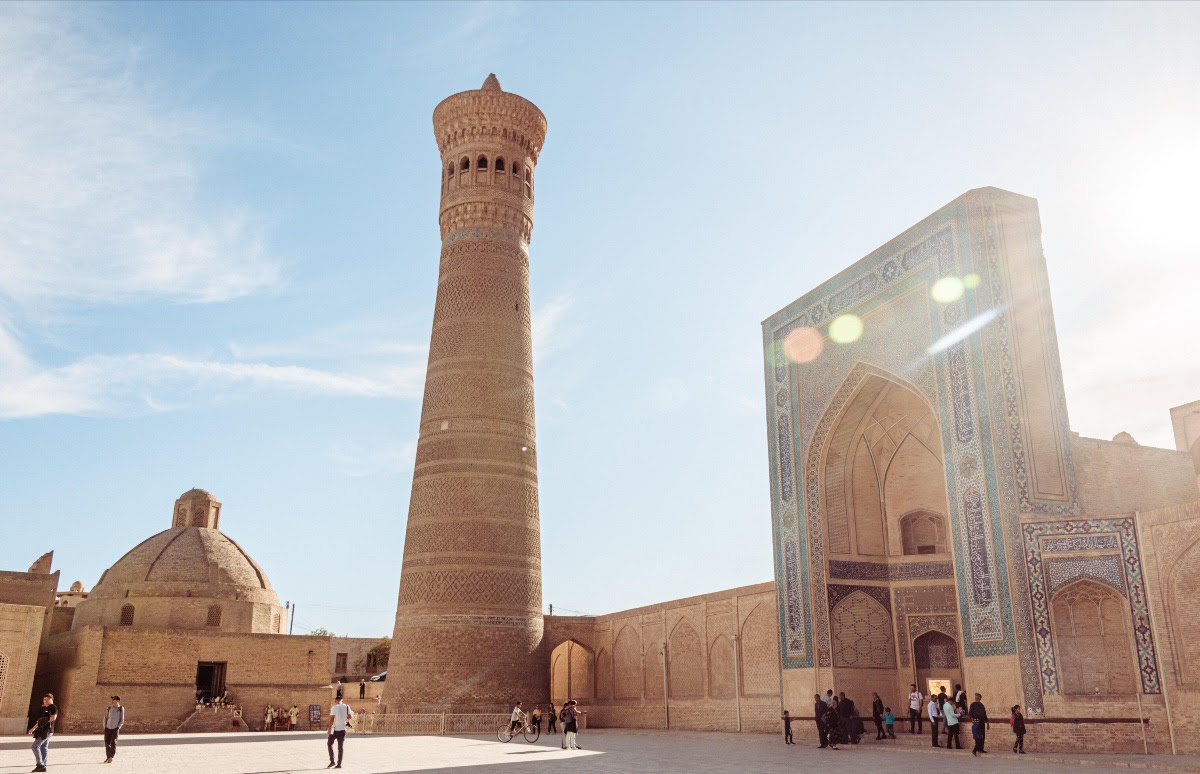 Photo: The historic centre of Bukhara is a UNESCO heritage site

Christianity came back to Bukhara in the 20th century. Under Russian and Soviet rule Russian, German, Korean, Armenian and Polish Christians settled in the area, often by force. Orthodox, Roman Catholic, Armenian Apostolic, Lutheran, Mennonite, Baptist and Pentecostal churches established branches in the country and also in Bukhara. First these churches mainly served the immigrants, but from 1985 onwards members of ethnic native Uzbek and Tadzhik groups also came to know Jesus and join the church.

‘The Evangelicals are experiencing extraordinary growth’

In 1991, Uzbekistan became an independent state. Christians experienced heavy state persecution and many Russian and almost all German-speaking Christians left the country. Under the current president, Shavkat Mirziyoyev, the relationship between the government and the churches has improved, leading to more and more converts from Islam coming in. Today the Evangelicals are experiencing extraordinary growth in Uzbekistan, including Bukhara, where five Evangelical churches attract hundreds of mostly Uzbek and Tadzhik believers for worship each Sunday. The churches actively spread the gospel in the region.

“We went from an ingrown, self-centered Pentecostal church to a congregation serving our community,” says one of the pastors. His growing congregation counts hundreds of people throughout the region. Among them are many deaf people. “Today you will barely find one village in our region without a house church for the deaf,” the pastor says. “People consider the deaf, blind and other people with inborn disabilities as cursed; we instead serve them, teach them to write and to read, teach sign language to them and offer them an integral part in our Sunday worship service. Our teams visit the places, care for them socially and conduct Bible studies. Hundreds have been baptised so far. Through our intensive care for those outcasts, their families have started to open up as well.”

Visiting the people in their home areas can turn out to be a very difficult venture. Roads are bad, buses are rare, and many places can be reached only by walking or biking. The Evangelicals in Bukhara seem to use every opportunity. During the pandemic the church organised mask production, compiled basic food packages and, most of all, delivered clean water to the people. The church has its own water purification plant that produces 500 liters of clean water per hour. The water is distributed among the people in the neighbourhood, sold for a modest profit. Where poor people can’t pay, the water is given for free. And everyone is served, Christians, Muslims and atheists. The Christians dream of having such purification plants in every village of the region. The generally available water is bitter and often dangerous. “Clean water is good news to the people, and when it is brought by us Christians, we become good news to them,” one pastor says. 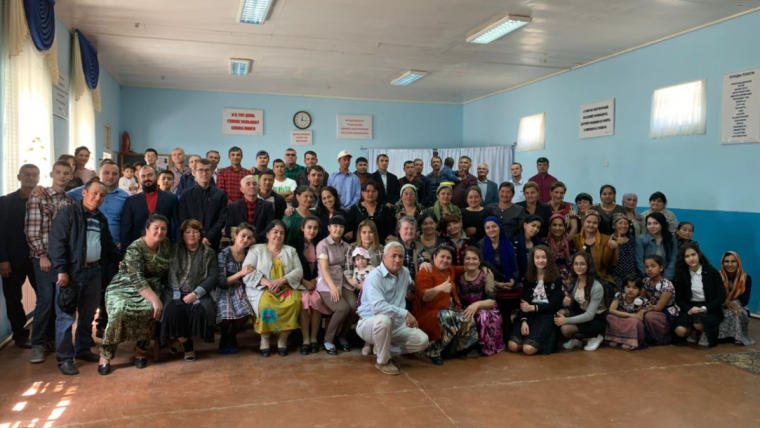 Photo: a deaf community in Uzbekistan

“Caring for the well-being of people in the community always includes prayer for the sick,” another pastor says. “We intentionally go to the Covid-infected people, comfort them and their families, and lay our hands on them in prayer for healing. Many were instantly healed. This too brought people closer to Jesus. Experiencing God’s divine healing also strengthened our young first-generation believers. Today they know what Jesus can do because they have seen Him doing miracles.”

‘Women are the backbone of the movement in Uzbekistan’

One extraordinary development in Bukhara is the role of women in evangelising in the area. In fact, the vast majority of evangelists and small group leaders among the new believers are women. Similar to the deaf people, they are considered in some tribal settings as second-class humans and are excluded from many strata of religious and tribal life. At the same time, many of them have received a high-level education in Soviet times and after the independence. Searching for meaning in life, many of them find answers in Christianity and turn to Jesus. The fact that their husbands are often far away in foreign lands (mostly in Russia) for years as guest workers puts the bulk of the responsibility to care for the family on them. Christian women, as well as the church itself, offer them support and care.

Finding their way to Jesus releases an enormous energy in their lives. As a result, they are testifying about Jesus to other women in their neighbourhood and organising them in Bible studies or even in small businesses to help them survive economically. “Today women are the backbone of the evangelical movement in Uzbekistan,” says the pastor. Most of those women are relatively young – as are the Uzbek and Tadzhik Christians generally. Many 18 to 25 years olds are already leading ministries, and are experienced in evangelism and church planting.

Link to all Renewal Journals