Jezebels are women who depend on their looks to get a man of stature and manipulate him according to what she wants. In my years, I’ve learned some things about women. I’ve learned how they think on various matters, how they act and interact with men. It’s truly been a learning experience. I don’t claim to be a professor. Nor do I claim to be someone who knows it all as it relates to relationships or the opposite sex.

I will share from my experiences things I’ve been through with women in hopes of helping other men avoid Jezebels. We as men are so easily beguiled by a woman’s looks. This has been true even to the point where we’ve avoided seeing past a woman’s looks to her heart. Most women appreciate us men taking the time to get to know them for who they really are. Now, I’ve not always done this well.

Though I was never coached on how to treat a woman, I’ve been able to learn some things through trial and error. In transparency, it had been a week from the age of 23 that I lost my virginity. In a world that’s so sexualized, I’d given in willingly being led astray by my own lusts and enticements. I did not know how it would later scar me. The world teaches if it feels good do it.

These are lies from the pit of hell and characteristics of Jezebel. We are taught as men to see women as a quick cheap thrill or piece of meat. This thinking treats women like they have no value outside of lust and sex. If Satan can convince us to believe a lie, then he’s got us. It’s one thing for a lie to be presented, but another for us to believe the lie. When we believe a lie; that’s when we give it power.

Jezebels cannot operate as jezebels alone. They have to have men who are in agreement with their line of thinking. These types of men are referred to as Ahab–from the Biblical story of Jezebel and Ahab. When men take a stand in their rightful place Jezebels have no place to operate from.

Having a past of operating in lies and in the flesh; I feel I can share things for us men to look out for to avoid succumbing to Jezebels:

First, women are aware of how to get a man’s attention. 9 times out of 10 if she’s too loud and too provocative in how she dresses like Future said, “she is for the streets.” It may not be true for every woman, but most of the time it should be an obvious sign to a man that woman is in a broken place on the inside. It’s wisdom to leave her presence fast.

Second, some women who have learned to use their sexuality to manipulate men will be fine with manipulating you. It’s a way of life they’ve established. I can be compassionate toward a woman who has lost her way due to a lack of a father in her life modeling how a man is to treat a woman, but I cannot compromise my integrity as a man with a woman who only sees her worth in her sexuality alone. Boys may be okay with that behavior, but as a man, I’ve learned to value a woman for more.

Third, Bitter women who appear to want to help broken women may exhibit Jezebel-like behaviors. This is the case if they are broken themselves. They provide critical relationship advice and always find themselves in someone else’s drama. Look out for this type of woman. A woman must heal first just as a man needs to heal first to avoid bringing unnecessary drama into a new relationship.

Four, A woman drawing her strength from other things more than God such as nature or secular humanism is a woman who isn’t grounded in the Lord. Women have been known to be more emotional and thus more in touch with the soul. If not careful, a woman being led by only her emotions and past hurt can choose to control a man operating out of witchcraft. These women seek to boot men out of their rightful place of leadership. If you discern these things remove yourself from this type of woman.

Five, many women are easily drawn to the anointing on a man’s life. I’ve fallen for this type of woman several times. God’s word discusses wolves in sheep’s clothing. It warns not to go down the path of a whorish woman. Finally, it shares that Satan can appear as an angel of light. If we aren’t discerning enough as men, we may think just because a woman’s social media appears godly and she looks good we should pursue. This could very well be an appearance only. The woman could inwardly be of the character of Jezebel. Just because a woman appears holy doesn’t mean it’s so. Also, just because a woman is in church doesn’t mean she is a good fit. Use discernment when seeking a spouse.

I could go on, but those are my 5 tips to share as it relates to dealing with women who exhibit characteristics of Jezebel. It’s more beneficial for us men to walk in the Spirit so we can avoid the pitfalls of the flesh. The relationships God has for us will set us up to prosper. They will bring glory to his name.
However, when we go about things our own way, we remove ourselves from God’s hedge of protection. This causes everything that could go wrong in the natural to go wrong. Always remember it like this: First Spiritual, then natural. When we reserve sex for the confines of marriage we automatically open ourselves up to blessings and more favor in the natural. We as men, cannot afford to give our goods to Jezebels. It will only turn into spoils. 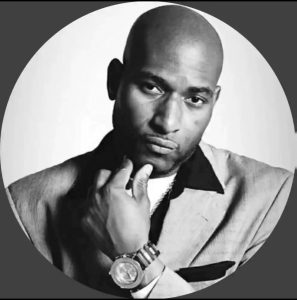 Solomon a.k.a. Mr. G. Reality is a national recording artist. Mr G Reality is no stranger to the Hip Hop rap community a seasoned veteran in the Game Since 1999 & now embarking upon his 7th studio Album entitled “THE BLOOD ON YOUR HANDS” coming soon.

This content is published by Russelyn Williams of Intercession for A Generation on https://intercession4ageneration.org/.For more encouraging content & books on “Life & Relationship Lessons from a Biblical & Practical Perspective” please visit https://russelynwilliams.com/.