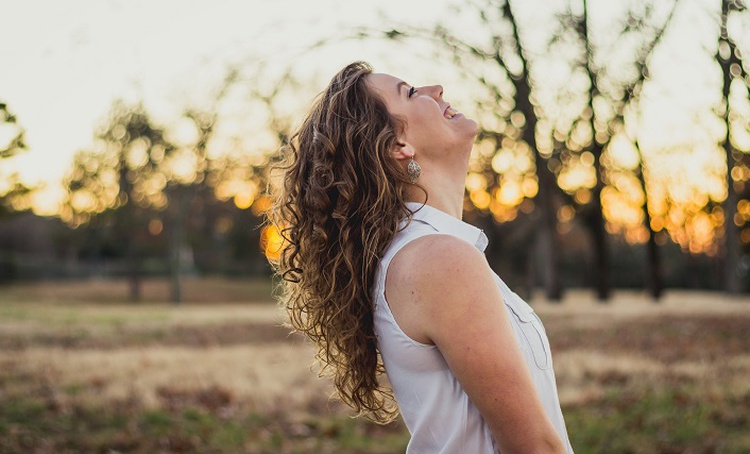 In my book Happiness, I assert that modern Christians need to speak more, not less, about happiness—the kind of happiness that’s centered on Christ.

I talked with a young woman who viewed the Christian life as one of utter dullness. She knew that following Christ was the right thing to do, but she was certain it would mean sacrificing her happiness.

Unless her view changes dramatically, her spiritual future is bleak. It isn’t in our nature to continually say no to what we believe would make us happy—or to say yes to something that would make us unhappy. (Don’t mistake perseverance for choosing unhappiness—the man who faithfully loves his wife suffering from dementia is not choosing unhappiness but rather choosing the happiness of honoring his wife, keeping his vows, and hearing God’s “well done.”)

So where did this young woman, who was raised in a fine Christian family and church, acquire such an unbiblical notion? What are we doing—what are we missing—that leaves many of our children and our churches laboring under such false impressions? Why do we think it would be unspiritual for the Christian life to be centered on what God calls the good news of happiness?

Celebration and gladness of heart have characterized the church, including the suffering church, throughout history. Scripturally, the culture of God’s people is one of joy, happiness, gratitude, eating and drinking, singing and dancing, and making music. It’s not the people who know God who have reason to be miserable—it’s those who don’t.

When our face to the world is one of anger, misery, shame, cowardice, or defensiveness, the gospel we speak of doesn’t appear to be the good news of happiness. And we shouldn’t be surprised if people, both outside and inside the church, aren’t attracted to it. Why should they be?

Joy and laughter should be the church’s norm, not the exception.

Children who grow up seeing church as a morose, hypercritical place will turn their backs on it in their quest for happiness. Those who have found happiness in the church will usually stay or return.

Sadly, many non-Christian young adults today view Christ’s followers as “hypocritical,” “insensitive,” and “judgmental.” These words all describe unhappy people. (If the world judges us, so be it, but it shouldn’t be because we’re chronically unhappy.)

It seems to me there are two extremes of Christians when it comes to happiness. Some change the channel from the coverage of a hurricane, refuse to think about sex trafficking and abortion, and ignore the sufferings of this world while grabbing on to superficial living. They look the other way when their marriages are in trouble or when their children choose wrong friends, yet they keep claiming Jesus’ promise of easy lives without suffering. (Never mind that Jesus never made such a promise!)

Other Christians are perpetually somber, never laughing or poking fun at themselves, rarely celebrating, and quick to frown when they see someone having fun. Shoulders sagging, they believe that happiness is ungodliness.

The Bible presents a more balanced perspective. Paul said he was “sorrowful, yet always rejoicing” (2 Corinthians 6:10). Sorrow and joy can and do coexist, for now. (Note that the “always” in this verse is applied to rejoicing, not being sorrowful.)

If we constantly focus on all that’s wrong with the world, then sorrow or anger will be our default. But the apostle Paul, writing from prison in Rome, calls on us to rejoice in the Lord not periodically, but always.

It’s not insensitive, unkind, or wrong to be happy. By being happy in Christ, we lay claim to the fact that God is bigger than the Fall and affirm that our Lord and Savior Jesus Christ will reverse the Curse and reign over a new universe. Our happiness shouts that our God is present with us and at work in the world every minute of every hour of every day. The narrower our view of God’s presence in this world—and in our daily lives—the less happiness we’ll experience.

Scripture’s good news is of “great joy,” not “great duty.”

Mike Mason writes, “No one would become a Christian if this hard decision were not accompanied by stupendous joy.”

The Puritans, never accused of being trendy, talked a great deal about Christian happiness. Scottish theologian Samuel Rutherford (1600–1661) wrote to Lady Kenmure, “I have neither tongue nor pen to express to you the happiness of such as are in Christ.”

Baptist pastor Octavius Winslow (1808–1878) said, “The child of God is, from necessity, a joyful man. His sins are forgiven, his soul is justified, his person is adopted, his trials are blessings, his conflicts are victories, his death is immortality, his future is a heaven of inconceivable, unthought-of, untold, and endless blessedness—with such a God, such a Saviour, and such a hope, is he not, ought he not, to be a joyful man?” It was a rhetorical question—who could possibly have more reason to rejoice than one who knows Jesus?

There’s an age-old tradition of Christ-followers who have found their deepest happiness in their Lord. We should eagerly join them and say with English Puritan John Flavel (1627–1691), “Christ [is] the very essence of all delights and pleasures, the very soul and substance of them. As all the rivers are gathered into the ocean . . . so Christ is that ocean in which all true delights and pleasures meet.”

Growing in our happiness in Christ is a process.

The bride of Christ matures incrementally. As we “grow in the grace and knowledge of our Lord and Savior Jesus Christ” (2 Peter 3:18), we grow in joy.

Paul depicted the gradual process of growth in Christlikeness this way: “We all, who with unveiled faces contemplate the Lord’s glory, are being transformed into his image with ever-increasing glory, which comes from the Lord, who is the Spirit” (2 Corinthians 3:18, niv). With ever-increasing glory comes ever-increasing happiness in our Lord. Sin loses its hold on us—largely because we see the misery it brings. We begin to ask ourselves, “How could I believe for a moment that sin could bring me happiness?”

We also learn from adversity. When our perspective and our faith are put to the test, our happiness can flourish. That’s why so many passages surprise us by connecting rejoicing with trials (see James 1:2-4; 1 Peter 1:6-9; 2 Corinthians 8:2-3; Hebrews 10:34).

Our pursuit of genuine happiness in God honors Him.

When Puritan Jonathan Edwards was only nineteen years old, he made a resolution that speaks volumes: “Resolved, to endeavor to obtain for myself as much happiness in the other world as I possibly can, with all the power, might, vigour, and vehemence . . . I am capable of.”

Like most of the Puritans, Richard Sibbes did not demean the quest for happiness; rather, he saw Jesus as the proper object of that quest: “Only to a true Christian, by a supernatural light, is discovered both the right object, and the right way to felicity.”

In the movie The Stepford Wives, husbands program “perfect” wives. Of course, these robotic wives are perfect only in the sense that they do whatever their husbands want. But what any good man really desires is a relationship with a real person who responds out of heartfelt love and happiness. Fake, programmed love or happiness is empty—in fact, it’s unreal.

C. S. Lewis said, “The happiness which God designs for His higher creatures is the happiness of being freely, voluntarily united to Him and to each other in an ecstasy of love and delight compared with which the most rapturous love between a man and a woman on this earth is mere milk and water.”

God doesn’t force happiness on us. He invites us to enter His happiness and find it in Him.

Browse more resources on the topic of happiness, and see Randy’s related books, including Happiness and Does God Want Us to Be Happy?

Photo by Christin Noelle on Unsplash