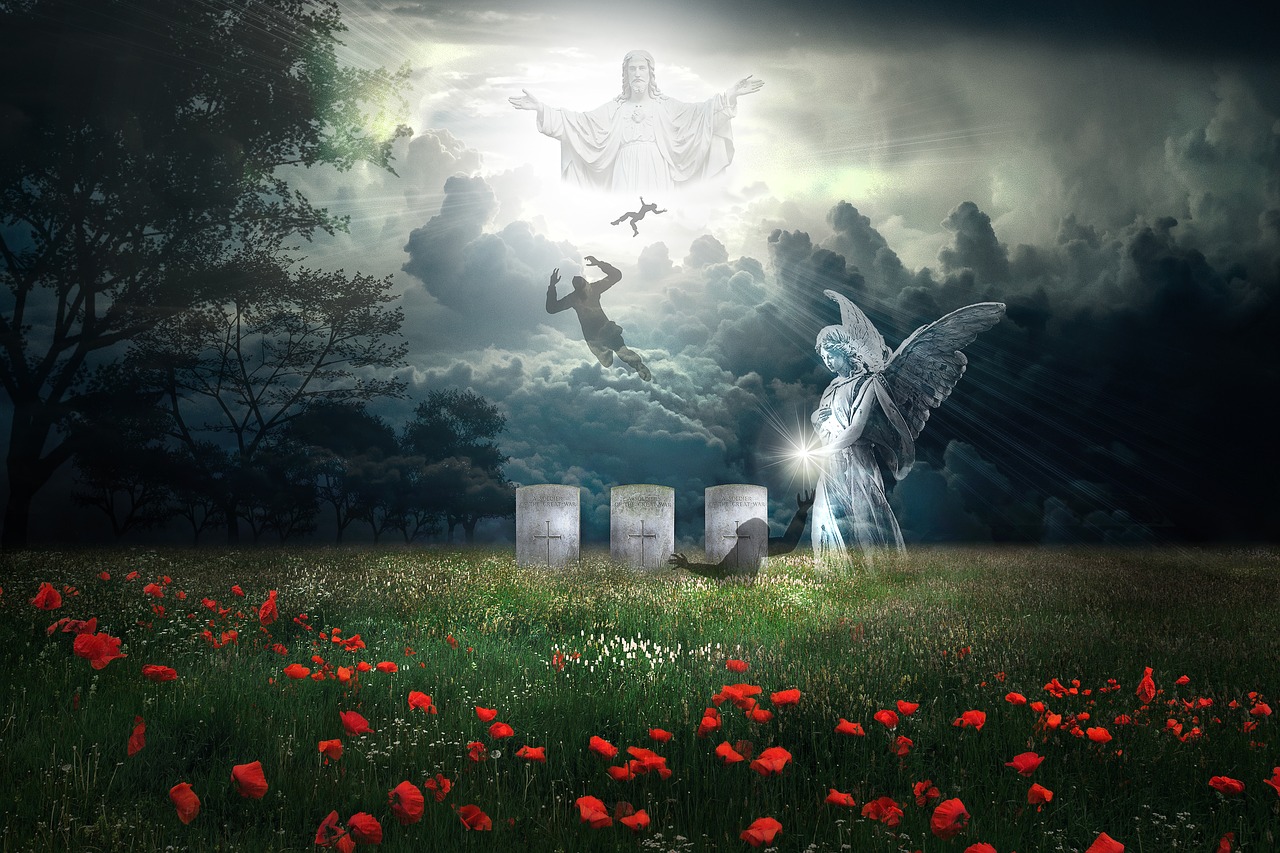 For the Lord himself will come down from heaven, with a loud command, with the voice of the archangel and with the trumpet call of God, and the dead in Christ will rise first.

Are you afraid to die? At one time, I feared death. When I first became a believer, I remember reading about the four horsemen in Revelation. The horseman named Death scared me the most. After all, through him, approximately one-fourth of the earth would die (Revelation 6:1-8). The article I read painted a rather grim picture, and I wondered if I’d be among those dead. For a long time after reading this article, I reasoned there was a time when I wasn’t around, a time before I was born when I knew nothing. Death would be the same I thought. I would know nothing, so it won’t matter. This thought gave me no comfort. It was not until after listening to pastors and doing my own studies on Jesus’ death and resurrection that I finally understood that death is not the end.

Dead Believers will be Resurrected First

I Thessalonians 4:16 gives a glimpse of how it will take place. First, Jesus, Himself will come down with a shout. The Greek word translated shout here is keleusma which means an order, a command. So, it’s more than just a shout. It will be a command to all believers to come to Him.

Second, He will come with the voice of an archangel. The archangel referred to here could be Michael. While there may be more than one archangel, the bible specifically refers to Michael as “the archangel” (Jude 1:9). Described as the protector of Israel, he will play a key role in delivering God’s people in the last days (Daniel 12:1).

Third is the trumpet call of God. The Israelites used the trumpet as a signaling instrument. The priests used it during services of sacrifice to signal the Day of Atonement. (See also I Samuel 13:3 and Job 39:24-25). The trumpet or shophar was the greatest of the Jewish ritual instruments.

Together, these three events suggest that at Jesus’s Second Coming, there will be a command and signalling call for all believers. First, the dead will rise, then, those who are alive will go up and meet them in the air, where they’ll finally be with Jesus for eternity (verse 17).

I Corinthians 15:54 states that when our mortal bodies put on immortality, death is swallowed up in victory. Jesus’ resurrection defeated Satan and death, and His resurrection has given humanity a new birth and a living hope (I Peter 1:3). All a person must do is accept Him as their Lord and Saviour and receive eternal life. (John 3:16). And this is what the resurrection means for believers—eternal Life.

Eternal life is our hope, our confident expectation. That’s why death is nothing to be feared. It is something we should look forward to, for it is nothing more than sleep (See Matthew 9:24). It took me some time to understand the resurrection and its significance but what it means for me now is that I can no longer fear death.

What does the resurrection mean to you?

God, eternal life began the moment I accepted Jesus in my life. Thank you for sending Your Son. I no longer fear death because I can now spend eternity with You.

Image by AD_Images from Pixabay

The New Stage of Grief: Finding Meaning in Hardship by Ashley Olivine

The Meaning of the Middle: A Poem About Midlife by Amy Cobb

Finding Meaning in Life … and Death by Dianne Vielhuber