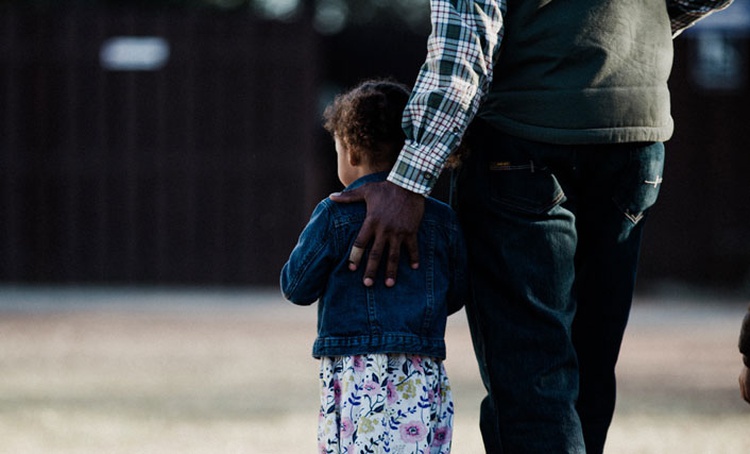 As I’ve shared before, when I’m asked who my favorite character is from my novels, I always say Obadiah Abernathy from my novel Dominion. (I share more about my inspiration for his character in this past blog.) In this excerpt from the book, Obadiah shares memories with his family, and talks about black history.

“Powerful good dinner, ladies, powerful good,” Obadiah said, voice weak but energized by having his family together. “Menfolk gotsta come up with some pretty big whoppers to match this!”

Soon the stories flowed like melting butter on steaming okra. As usual, Obadiah was right in the thick of them. “We was crossing through Kentucky on horse and buggy, round about 1915 or somethin’, my daddy, Freeman Abernathy, a drivin’ proud as you can imagine. We comes to a car—nicest Model T you ever seen—but this white man had run it off the road. He was standin’ there with his three chillens and one in the pantry, wife pregnant as you ever seen. It was gettin’ dark, five miles at least to the next town.

“My daddy stopped, of course, like any Christian would. He offered to pull it out with our wagon. We had two strong horses, could’ve done it sure. This fellow looks at Daddy and says, ‘I don’t need no help from the likes of you, nigger.’

“Daddy just climbed up in the wagon and shooed off them horses. We looked back and the man’s wife started cryin’ and the chillens looked so bewildered. Mama said she felt sorriest for the chillens ’cause of the way they was gonna grow up. She said, ‘You raised up in the garbage and you can’t help but stink.’”

They laughed, but the laughter was restrained, held in check by pain. As usual, Obadiah’s stories were a string of pearls without the string. There seemed no logical connection between them.

“Your mama’s daddy, he went from being a Kentucky slave to a Lincoln Republican livin’ in N’awlins. When he heard people say, ‘Lincoln freed the slaves,’ and such hullabaloo, he’d always say to us, ‘No man gives freedom, not even Honest Abe. God gives freedom. He’s the one who delivered us out of bondage like he did his people Israel. Ol’ Abe just had the good sense to agree with God.’”

Obadiah looked at the children, most of them huddled on and around three big beanbag chairs.

“Did you know,” Obadiah said, “Mr. Lincoln was good friends with ol’ Frederick Douglass, the former slave? After the president gave a speech once, they wouldn’t let Frederick in to see him, so Abe sent word to let that black man in. And ol’ Abe says to him right in front of everybody, ‘Mr. Douglass, there’s no man whose opinion I respect more than yours.’ That’s the kind of man Mr. Lincoln was. And that’s the kind of man Mr. Douglass was. Don’t let nobody tell you different.”

“Tell us more about Frederick Douglass, Daddy,” Marny said. “For the children.”

“Frederick, well he born a slave in the early 1800s. He taught himself to read at age twelve. He got his freedom by runnin’ away, always feared maybe they’d lock him up and haul him off yet. You know how many books he had when he died?”

“A hundred would have been a lot those days. Books hard to come by then. But Mr. Frederick Douglass, he had more than ten thousand books.”

“Funny you should mention Frederick Douglass,” Harley said. “I was just quoting from him this week in my African American literature class. He was talking about hypocrisy in the Christian churches. See, Douglass rejected this Christianity of yours.”

“Just ’cause there’s counterfeit money,” Obadiah said, “don’t mean real money’s no good. You ain’t paintin’ the whole picture, Son. Frederick Douglass was an ordained AME deacon, a church man. I may not have your degrees, boy, but I’ve read his autobiography a half-dozen times. You get me a copy, and I’ll read you somethin’.”

Sophie went to the bookcase and took a book off the shelf, bringing it to Obadiah, who opened it eagerly and started searching.

“Here it is,” Obadiah announced. “This is what Mr. Frederick Douglass said.” He cleared his throat, with the look of pride that came over him whenever he read aloud. “‘Between the Christianity of this land, and the Christianity of Christ, I recognize the widest possible difference—so wide, that to receive the one as good, pure, and holy, is of necessity to reject the other as bad, corrupt, and wicked. To be the friend of the one, is of necessity to be the enemy of the other. I love the pure, peaceable, and impartial Christianity of Christ: I therefore hate the corrupt, slaveholding, women-whipping, cradle-plundering, partial and hypocritical Christianity of this land. Indeed, I can see no reason, but the most deceitful one, for calling the religion of this land Christianity. I look upon it as the climax of all misnomers, the boldest of all frauds, and the grossest of all libels.’ See, Son, he rejected the perversion of Christianity, but he embraced true Christianity. You need to see that difference—don’t throws out the baby with the bathwater.”

“Well, let’s see now. Here’s a story. Colored folk used to drive through Mississippi, comin’ or goin’ from Louisiana or ’Bama or Arkansas. One day this preacher was travelin’ and had to go through Ol’ Miss. He prayed loud and hard like black preachers do, ‘O God, help me make it through Mississippi!’

“Well, there was a few moments silence and then the preacher heard a voice from heaven. It was God himself and he says to the preacher, ‘You don’t know what you’re askin’, son. Even I don’t go through Mississippi!’”

“Tell us about the Klan, Granddaddy,” Jonah said.

“Well, my daddy explained the Klan to us one time after they rode up on their horses and put a burnin’ cross in front of our ol’ shanty. Daddy said that when God was makin’ peoples, there was some folk at the very back of the line, and he ran plumb outta brains to give ’em. He felt bad he didn’t have no brains left to pass out, so he decided to give ’em white sheets instead. That way they could cover up their heads and nobody could see their brains was missin’. That’s how the Klan started.”

Laughter and knee slapping and howls filled the room. Then Harley gave a serious explanation of what the Klan was. Clarence liked his daddy’s explanation better. Harley started telling about the freedom rides and the battle against segregation in the South. Imitating their drawls, he made fun of white southerners who couldn’t comprehend why blacks rose up in opposition to segregation:

“I dawn’t unda-stay’en what’s goin’ awn. It’s like some’mm dun jumped inta allda nigras ova’night.” The older family members laughed and laughed, including Clarence, while for the most part the children didn’t get it. It was true, though. White folk could talk so funny.

“What was it like living in your ol’ shotgun house, Grampy?” Keisha asked. “Well, let’s see now. At night we chillens slept with each other, cuddlin’ up to stay warm.”

“No yuk about it. Sometimes my ol’ nose was so frozen, don’t know what I would’ve done if brother Elijah hadn’t been there and let me snuggle it into his back. They was hard days, but good ones.” His eyes teared up. He looked up at the ceil­ing as if trying to peer beyond it. “I miss eatin’ sowbelly and corn pone and slicin’ up the catfish fresh out o’ the river and sittin’ on the porch those warm nights—Elijah and me and Daddy and Mama and the rest—jus’ listenin’ to those hound dogs bark and lookin’ up at heaven’s stars and seein’ the face of God.”

“I wish Uncle Elijah could come for Christmas this year,” Clarence said. 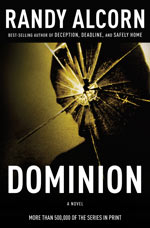 “Not as much as I wish it, I reckon. But we both slowin’ down, Elijah and me. We both slowin’ down.” He looked at his oldest son. “Harley, you still got that music me and Elijah loved? Count Basie, Lena Horne, Duke Ellington? Now that was music, um, um. Elijah and me, we’d listen to ’em till the cows come home.”

Harley went over and put on the music while Daddy moved on to another story. Clarence watched Harley. He remembered when his brother had won a statewide essay competition for Mississippi high school students. But when they tried to make arrangements for him to stay in a local hotel, they couldn’t because it was seg­regated. Harley had never forgotten that, just as Clarence had never forgotten the teacher at the integrated school who thought his paper was so good he must have plagiarized it. Clarence could never convince her he hadn’t.

Photo by Phinehas Adams on Unsplash