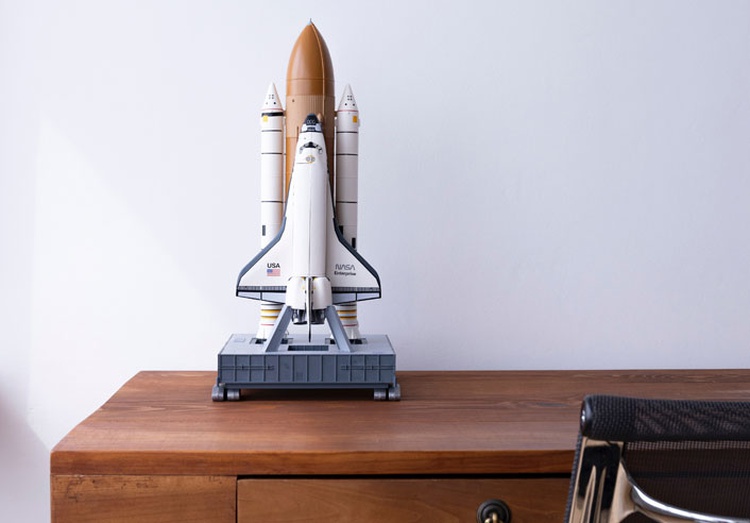 “All the believers devoted themselves to the apostles’ teaching, and to fellowship, and to sharing in meals (including the Lord’s Supper), and to prayer” (Acts 2:42, NLT).

A 1977 movie, Capricorn One, depicted NASA’s long process of targeting a mission to Mars. Because the program had become increasingly unpopular due to several failures, this mission would make or break the U.S. space program.

Everything was in place. The astronauts were ready. Then suddenly, just before takeoff, they were secreted away to an undisclosed location. Meanwhile the capsule was launched into outer space. From the point of view of those on Earth, it appeared to be a complete success.

But why was the launch made without astronauts? Because the scientists discovered a flaw in the capsule’s life support system. The oxygen wouldn’t last. The astronauts would die.

Then why not reschedule the departure? Because it would be an admission of failure on the part of the space program, and they could not stand one more failure. People would no longer believe in NASA or support spending millions of tax dollars to explore outer space.

So to further public confidence in the space program, the astronauts were told they now must become actors. An isolated site was set up as a shooting location, made to look like the surface of Mars. They were told to drive around in their little Mars rover, send their reports, and greet their families, while those on Earth would be none the wiser.

How the movie ends actually doesn’t matter, but I see the plot as analogous to what happens in some churches. According to current thinking, churches must chase success. And success is defined by numbers: how many worshippers and how much wealth. The number of Facebook followers becomes more important than the number of Jesus-followers.

Many churches exist solely to seek God and share Him with their communities. They may use technology and programs as tools to reach as many people for Christ as they can. Good for them!

My concern is with churches that use God as a tool to launch programs and meet benchmarks of success. Instead of sharing the true gospel, which is what people really need, they compromise on the nature of the gospel and adopt the world’s message and methodology. What these churches produce ends up essentially mirroring what NASA did in Capricorn One. They focus on performance over process. On stagecraft over sanctification. Pastors-turned-performers act as if the Spirit of God were doing great and wonderful things, when in fact nothing supernatural has happened.

This breeds attendees who become like the astronauts-turned-actors. They are exposed to the world throughout the week and come to church for entertainment packaged as a religious and transcendent experience. They want the best of this world and the next without the sacrifice—and they want it now.

Our tendency is to believe that those who act like us, since we are converts, are true converts. But the point of conversion is a transformed life, the kind of life that re-centers itself around Christ. If you and your fellow church goers exhibit the characteristic fruit of the Spirit, “love, joy, peace, patience, kindness, goodness, faithfulness, gentleness, self-control; against such things there is no law” (Galatians 5:23, ESV), then you are on the right track. When Jesus is the center of gravity—not pleasure, success, wealth, and health—the church body becomes truly healthy and wealthy in all the right ways.

When the world offers those things, it does so as substitutes for Christ. This means the lives of actor-converts are not Christ-centered, no matter how Christian their vocabulary may sound. Jesus Himself expected radical obedience from His followers: “Why do you call me ‘Lord, Lord,’ and not do what I tell you?” (Luke 6:46).

Pretend actors-for-Jesus can quote Scripture, but their desires haven’t changed. They merely feel good that they now have religion, too. Their faith is not a central transforming reality; it’s an add-on to enhance their lives. They believe in a god made in their own image, not the true God of the Bible. They worship a cosmic genie who meets their needs and gives them what they want. They may call themselves servants of Christ. But in fact, they are masters, calling the shots, claiming what they want to claim and believing what they want to believe and expecting God to come through for them. And when He doesn’t, they either blame Him for not being good or blame themselves and others for not having enough faith to get their way.

How different from the biblical description of us as slaves of Jesus Christ! Yes, the original word is best translated slaves, not servants, and describes those who are sold out to His ownership and committed to do whatever He calls them to do, including dying on His behalf should He so desire. “Live as free people, but do not use your freedom as a cover-up for evil; live as God’s slaves” (1 Peter 2:16, NIV).

We are also called children of the King, and there is a time when we will enjoy all the privileges of royalty. But now is not that time! Presently we experience some royal kingdom privileges, including constant and unhindered access to the One who sits on the throne. We can “come boldly before the throne of grace,” as Hebrews says. God’s Holy Spirit dwells within us. He has promised to provide what we need to serve Him (Matthew 6:25-32). But when it comes to enjoying all the material provisions living in the King’s mansion provides, we are not yet there.

We are still on foreign soil—hostile soil—where people are fighting against God’s kingdom. We are not just tourists or palace-dwellers; we are “strangers and exiles on the earth,” who are “seeking a homeland” (Hebrews 11:13-14), and longing for “a better country, that is, a heavenly one” (Hebrews 11:16).

What we need in our churches today are fewer actors and more sold-out followers of Jesus—converted people living lives centered on Jesus, the King of kings.

And the good news is, there truly are many such people in our churches. Our goal should be to cultivate more and more of them. “Therefore go and make disciples of all nations, baptizing them in the name of the Father and of the Son and of the Holy Spirit, and teaching them to obey everything I have commanded you. And surely I am with you always, to the very end of the age” (Matthew 28:19-20, NIV).

We don’t need makeovers and airbrushing; we need transformation. We need a miracle that God alone can perform in our hearts. And we need to stand together, arm in arm, loving one another and showing the world the marvelous truth about Jesus. Some will misunderstand and even hate that. But others will be drawn to Jesus and His good news, and forever changed.

If we’re going to act, let’s act like Jesus, and watch what happens.

Photo by Jean-Philippe Delberghe on Unsplash