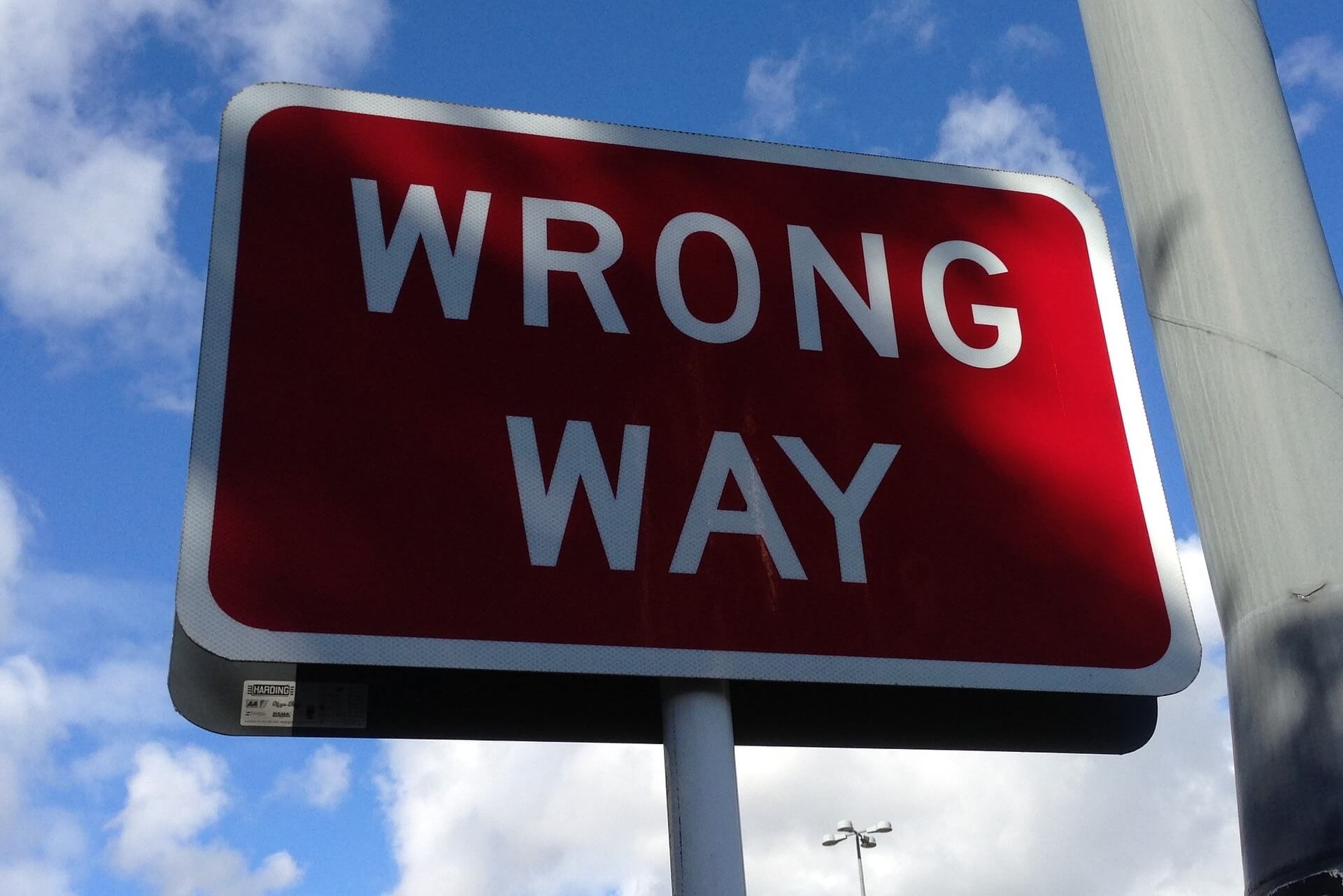 That’s Not the Way We Do It

“My thoughts are not your thoughts, nor are your ways My ways,” says the Lord (Isaiah 55:8). This could have been my high school algebra teacher speaking to me. I remember him handing me my graded paper and announcing in front of the class. “Steele…” (he was also a weight-lifting…

That’s Not the Way We Do It

“My thoughts are not your thoughts, nor are your ways My ways,” says the Lord (Isaiah 55:8).

This could have been my high school algebra teacher speaking to me. I remember him handing me my graded paper and announcing in front of the class. “Steele…” (he was also a weight-lifting coach so last names were the rule), “…I have no idea how you do it. You never work the problem the way you’re supposed to, but you always get the right answer.” His unstated point was there’s a way things should be done for getting the right results, and there’s the “that’s not the way we do it” strategy I seemed to prefer.

(*So no one gets the wrong impression, it didn’t stick. I couldn’t solve an algebra problem now to save my life.)

I took it as a compliment with no small measure of pride, though clearly Coach was, at the least perplexed, and perhaps a bit annoyed. Thankfully, I grew up in the days when students were still free to think outside of the narrow guidelines and formulas that students today are often forced to follow (but that’s a conversation for another time…).

When it comes to biblical examples of doing things the way we aren’t supposed to, there may be no better example than Gideon (see Judges 6 and 7). Gideon was an Israelite living under the oppressive rule of the Midianites. In fact, he was hiding in a wine press (a hole in the ground) to thresh wheat so the Midianites wouldn’t find him (There was a reason people didn’t thresh wheat in a winepress. Read about threshing floors here).

Now God was about to do something about their lowly situation.

But He wasn’t going to pull out the worldly playbook of successful strategies for defeating one’s enemies. God was about to do the exact opposite of everything that made sense for winning a war.

First, God chose Gideon to lead the people. Gideon was from the least of the tribes of Judah, and he was the least of his family. If God had asked the Israelites for a list of their top candidates for the position, Gideon would have been fortunate to have made the team as a water boy. No one goes to the least of the least when they are looking for a man to lead them into battle.

Still God chose him, and much to Gideon’s probable surprise and relief, he found himself surrounded by an army of thirty-two thousand Israelites. That must have sounded encouraging. Gideon might not be much but with an army of that size, maybe the Israelites still had a fighting chance.

Then God told Gideon his army was too big. Through a series of tests, He cut Gideon’s army down to three hundred men. Not ideal, but perhaps these where a group of elite fighting men with state-of-the-art weaponry—a sort of ancient Israel version of the Special Forces.

But again, God said no. Instead, He instructed Gideon to send the men into battle with only torches, clay pots, and trumpets.

That was definitely not in the rule book for ways to win battle against an army that was bigger and stronger than Gideon’s small fighting force.

There were thousands of years of history to prove that’s not the way wars are won!

Those watching were surely shaking their heads in defeat. Can you imagine all the advice Gideon was receiving that sounded a lot like,  “You are going to fail. You’ll be the disgrace of the nation if you try this harebrained idea. That’s not the way we do it”?

And yet it was exactly the way God did it.

Only their faith in God could have propelled these men into such a battle thus armed. Faith in God and a belief that He could and would make a way for Israel’s success. The night before the battle, He gave Gideon a glimpse of His strategy by allowing him to overhear a conversation happening in the Midianite camp.  What Gideon heard surely must have been an encouragement to him (see Judges 7:7-18).

Unfortunately, God doesn’t give most of us the opportunity to see behind the scenes at what He is doing to prepare for our successes. How could our faith be grow if He did? Most of the time, we don’t know what God’s doing on the other side of the battle we’re fighting.

What He has given us, though, is the example of Gideon and the faith to trust that He is working all things for our good.

For we know that all things work together for good to those who love God, to those who are the called according to His purpose (Romans 8:28).

Through faith we can turn away from worldly formulas for success (a success which the world also wants to define for us). Only then will we see what God is capable of doing on our behalf.

I experience this daily in my writing life. If I had a penny for every “you have to do it this way” piece of advice—well, let’s just say I wouldn’t need to worry about those royalties anymore.

Why do we do this to ourselves and to each other?

I’m not advising us to do it our way.

I’m saying that if God suggests something different, we should probably take heed. Be willing to take the road less traveled… or do it the way less done.

When God is your Commander in Chief, don’t be afraid to send the army home and march into battle with a clay pot.

When we do, we’ll be giving God the glory for what only He can do. After all, isn’t that the victory we aspire to?

What are some of the places where you feel stuck in the “that’s not the way it’s done” argument? Why do you feel that way? What might God be doing “behind the scenes” that you can’t see?

Used with permission of the author, Lori Altebaumer. To read more of Lori’s writing, visit www.lorialtebaumer.com.