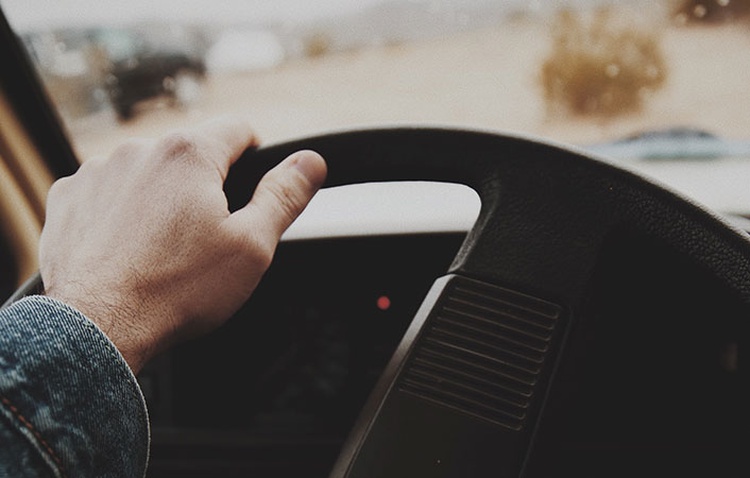 “Providence” is a word we use frequently in talking about God, but we may not have thought deeply about what it means. Theologian Timothy George defines it as “God’s faithful and effective care and guidance of everything which He has made toward the end which He has chosen.”

God’s providence was a deep comfort to both Nanci and me as we faced her cancer. In her journal, Nanci quoted Joni Eareckson Tada: “God is not a sweep-up boy who follows you with a dustpan and brush, second-guessing how everything will fit into a divine pattern for good. God’s hands stay on the wheel of your life from start to finish so that everything follows His intention for your life.”

That quote comes from Joni’s book Pain and Providence, in a section where she writes about God’s providence in Joseph’s life:

I draw a lot of inspiration from the story of Joseph. There were plenty of unfortunate mishaps in Joseph’s life, like being tossed by his envious brothers into a pit and left to die. But later on, after more mishaps, Joseph told his brothers, “You intended to harm me, but God intended it for good to accomplish what is now being done, the saving of many lives” (Gen. 50:20-21).

I like that word, intended. He is a God of intention—He has a purpose, a target, a goal, and a plan. Joseph’s problems did not catch God off guard. From the beginning, God calculated for Joseph to experience all these things. Why? For the salvation of others.

God is not a sweep-up boy who follows you with a dustpan and brush, second-guessing how everything will fit into a divine pattern for good. God’s hands stay on the wheel of your life from start to finish so that everything follows His intention for your life. This means your trials have more meaning—much more—than you realize.

Consider this: If Joseph had not been sold to those caravan traders by his wicked brothers, he would not have been sold as a slave to Pharaoh. And if Joseph had not become Pharaoh’s right-hand man, no one would have built giant grain silos to ward off the famine. And if the famine hadn’t happened, Jacob and his family would never have come to Egypt for food and safety. And if Jacob’s family weren’t in Egypt, there would have been no slave laborers. And if no slaves, no Exodus, and no giving of the law to Moses. And no Promised Land. And, finally, no line of Judah from which the Messiah, Jesus Christ, would come.

What an amazing example of the providence of God! It is enthralling to see how the troubles of one young man named Joseph could kick-start a whole chain of earth-shaking events which would ultimately lead to our salvation.

Joseph’s story could be yours. Only heaven will reveal the incredibly complex intertwining of events in which you have played a pivotal role. Like Joseph, you may not be able to discern it at the time, but God has it all in hand. He has it all in control. And you, dear friend, are needed in His marvelous plan to spread His kingdom in your corner of the world.

As usual, I wholeheartedly agree with Joni. Let’s take another look at this amazing story. Joseph recognized God’s sovereignty when he said to his brothers, who betrayed and sold him into slavery, “It was to save lives that God sent me ahead of you…. God sent me ahead of you to preserve for you a remnant on earth and to save your lives by a great deliverance. So then, it was not you who sent me here, but God” (Genesis 45:5–8). God didn’t only permit Joseph’s journey to Egypt, he sent him there through his brothers’ evil deeds.

Later Joseph told his brothers, “As for you, you meant evil against me, but God meant it for good, to bring it about that many people should be kept alive, as they are today” (Genesis 50:20, ESV). “God meant it for good” communicates something far stronger than God being handed lemons and making lemonade. God did not merely make the best of a bad situation; on the contrary, fully aware of what Joseph’s brothers would do, and fully permitting their sin, God intended that the bad situation—which He could have prevented, but didn’t—be used for good. As Joni explains, He did so in accordance with His plan from eternity past.

We see two wills at work in Genesis 50:20. The brothers successfully did evil, and God successfully brought about good from their evil—but His good dramatically eclipsed their evil. While God did not force them to do evil, He sovereignly worked so that the moral evil they committed, and the consequential evils that came from it, accomplished His ultimately good purposes. These purposes extended not only to Israel, but to Joseph and even to Joseph’s brothers, the evildoers.

Similarly, some of those who crucified Jesus later embraced the redemption accomplished in His crucifixion. Hence, in a sense inexplicable except by God’s sovereign grace, they became beneficiaries of their own evil deed.

How great is our infinitely holy God that He can and does use sin—including my sin and yours—to accomplish His purposes. Should this cause us to minimize the seriousness of our sin? No more than it caused Joseph’s brothers to minimize theirs. What it should do is maximize the sovereignty and providential wisdom our almighty God. Our sins are great, but our Savior is infinitely bigger than our sins!

Nothing about God’s sovereign work in Joseph’s life suggests that God works differently in the lives of His other children. In fact, Romans 8:28 and Ephesians 1:11 make it emphatically clear that He works the same way with us. Countless millions of choices and actions are contemplated every second across this globe. Our all-knowing and all-powerful God chooses exactly which ones He will cause or not, ordain or not, permit or not. He does not permit evils arbitrarily, but with purpose. Everything He permits matches up with His wisdom and ultimately serves His holiness, justice, love and grace. As Joni puts it, “God permits what he hates to achieve what he loves.”

Though events in our lives may have less drama or historical prominence, God didn’t act out of character with Joseph. Rather, He revealed for our benefit how He sovereignly and providentially works in our lives as well. Knowing this can provide great encouragement and perspective as we face our own trials and sufferings today.