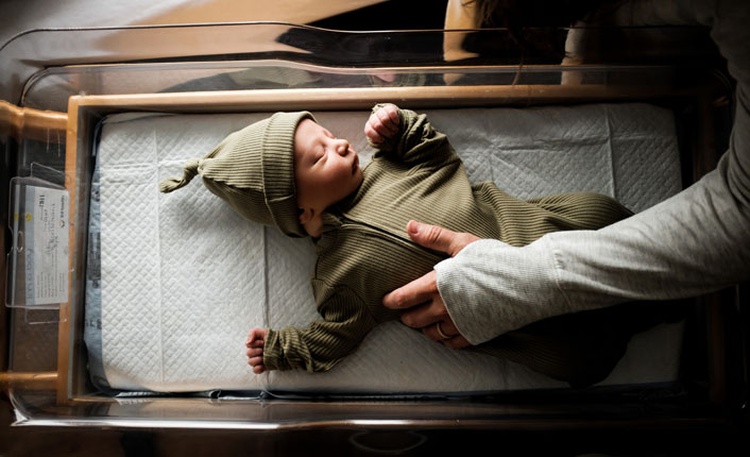 As should be obvious from the intensity of the outcries to the Supreme Court decision overturning Roe v. Wade, when it comes to abortion, we are not talking about a topic that is just hotter than any other. Abortion is birthed by a force of darkness that will bitterly resist every effort to combat it, and which requires earnest and sustained prayer and alertness to the spiritual battle (Ephesians 6:10-20). The abortion battle is fought in the realm of thoughts and ideas.

Paul says, “We demolish arguments and every pretension that sets itself up against the knowledge of God, and we take captive every thought to make it obedient to Christ” (2 Corinthians 10:5). That’s why I believe that if the darkness of child-killing is to be overcome with the light of truth and compassion, it will require spiritual warfare, fought with humble and consistent prayer (Ephesians 6:10–20).

As I develop in my novels Lord Foulgrin’s Letters and The Ishbane Conspiracy, there are demonic forces behind child-killing. Abortion is Satan’s attempt to kill God in effigy by destroying the little ones created in God’s image. We are not dealing here with “one more social issue,” but a unique and focused evil in which Satan has deeply vested interests.

Here’s how the demon Prince Ishbane describes abortion in a letter to Foulgrin, a subordinate demon, in The Ishbane Conspiracy:

I’m delighted at Brittany’s willingness to sacrifice her child on our altar. Praise Moloch. There’s nothing the Enemy [God] hates more than the shedding of innocent blood. So there’s nothing we love more. Nothing defines our control of a culture more than the frequency of child killing. Whatever they kill children in the name of—whether Moloch or choice or convenience or compassion—doesn’t matter. What matters is the killing itself.

The Enemy’s fond of His tiniest sludgebags. Often He uses them against us. He uses babies to turn irresponsible adults into responsible ones. He makes those who’ve scorned family values embrace them. What happens to the person who gives himself to care for the child? The elderly? The handicapped? He grows in compassion. Patience. Self-sacrifice. He becomes disgustingly less like us and more like the Enemy.

Clouding Brittany’s brain comes down to the pronouns. As long as the baby is an “it,” not a “he” or “she,” we win. Make it “terminating a pregnancy,” never “killing a baby.” It’s all semantics. If a woman wants her baby, everyone recognizes the baby’s real. Kicking inside her. Clearly visible in the ultrasound. “Do you know if the baby’s a boy or a girl?” they’re routinely asked. But if they want to kill the baby, then shut their mouths about such things. Make them pretend.

We’ve exalted the word choice to a sacred mantra. Keep their focus on the grand notion of choice and off the particular choice in question. Ask them if they’re pro-choice and they’ll say yes. Don’t let them ask the obvious: “What choice are you talking about?” Are they pro-choice about rape, kidnapping, gay bashing, racial violence, and assault and bat­tery? Of course not. Are they pro-choice about killing preborn children? Of course, because every choice is good, isn’t it?

We celebrate choices that inflict suffering on the weak. The Enemy doesn’t. Our job is to make the vermin think like us, not Him.

Two go into the clinic. Only one comes out alive. Two victims for each abortion—one dead, one wounded. Two for the price of one! Hell’s sidewalk sale.

Jesus said of the devil, “He was a murderer from the beginning…when he lies he speaks his native language, for he is a liar and the father of lies” (John 8:44). It is no accident that Jesus speaks about Satan’s murders and his lies in the same breath. Lies are the wheels that turn every holocaust. To pull off his murders, Satan tells us lies. He is so eloquent, so persuasive in his lies, and we are so gullible, that we fall for his schemes (2 Corinthians 2:11). He masquerades as an angel of light (2 Corinthians 11:14), calling right wrong and wrong right, making us think—as many pro-choicers do—that they are taking the moral high ground and doing what’s right even as they defend something unspeakably immoral. We’ve seen that more than ever at this time in our nation’s history as pro-abortion forces are mobilized and motivated and will aggressively raise funds and recruit volunteers to fight to make abortion universally legal once again.

I don’t hate those who are pro-choice or believe they are the devil incarnate. We should pray for them and look for ways to have real dialogues full of both grace and truth. I know and like many who support what they call reproductive choice. I have listened to them, read their books, and watched their videos. (I think it’s fair to say I’ve studied the pro-choice arguments far more than most pro-choice people have.) I do not imagine people who are pro-choice are plotting to destroy civilization. I think they honestly believe that abortion is a necessary option that is ultimately best both for women and our society. But that doesn’t change the ugliness and darkness of what they are supporting or the fact that abortion brutally ends a child’s life.

I encourage you to download (without cost) my short book Pro-Choice or Pro-Life: Examining 15 Pro-Choice Claims—What Do Facts & Common Sense Tell Us?  It will equip you in your conversations and also is a great book to share with those who are pro-choice or are on the fence.

Photo by Brian Erickson on Unsplash